The development study of the urban centre of Tagadirt is part of a broader movement undertaken since 2012 to reform the planning and management of Moroccan cities. 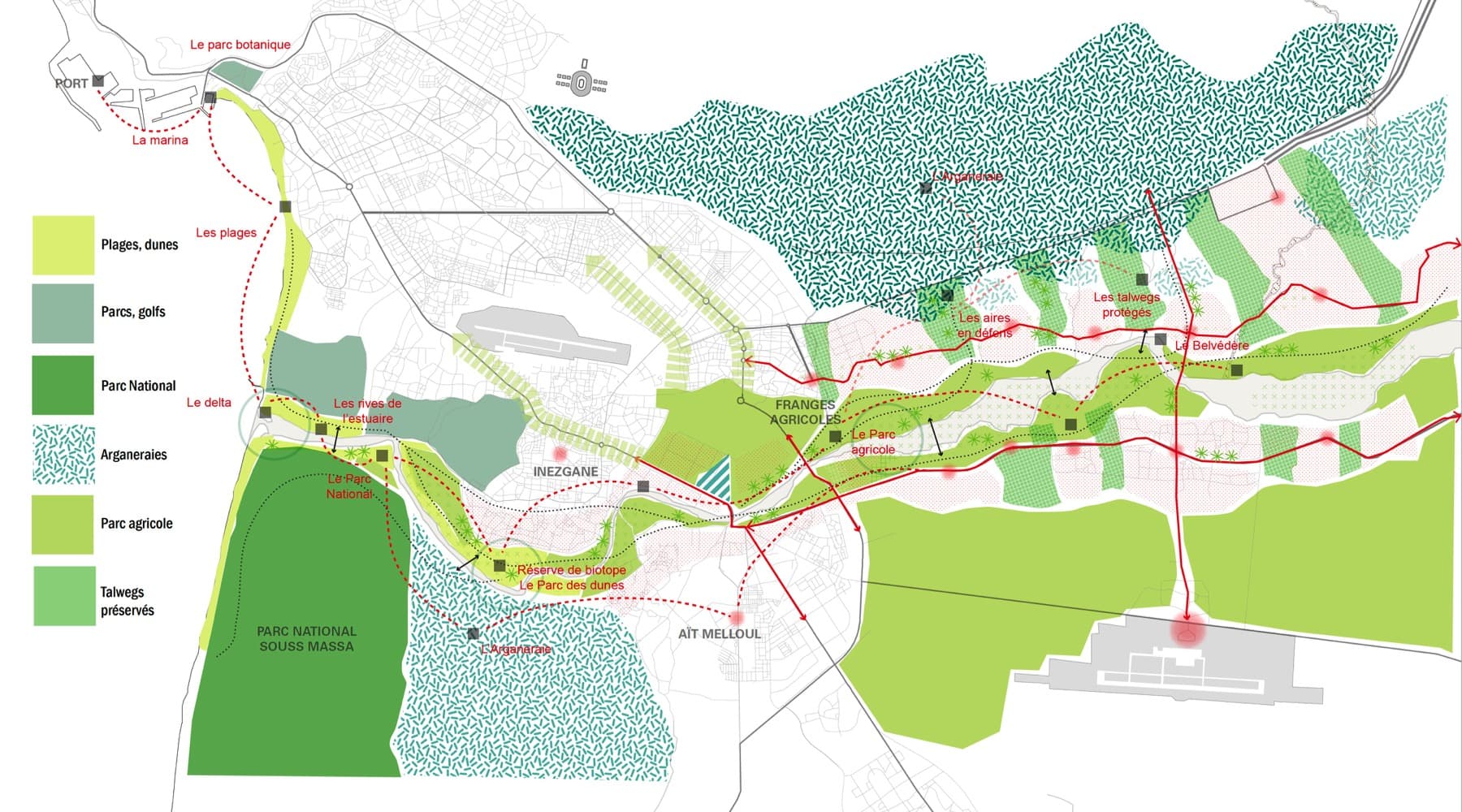 The definition of strategic development phases was made possible by the completion of 2 phases, first analysis and second a definition phase.

The analysis phase made it possible to map out and understand the urban sprawl in the context of Greater Agadir. In the second phase, the challenge was to identify, qualify, dimension and budget for the large public spaces, but also to define links with the surrounding existing natural environments and the landscaped spaces that need to be created. In terms of landscape, the main challenge was to understand the wider territory of Tagadirt around the Souss valley (wadi,) the agrarian dynamics at work and the interface between the city of Agadir and the interior axes towards Marrakech and Ouarzazate. This made it possible to anchor the project within the greater Agadir area through heritage and landscape.

It was then a question of considering how to reactivate the landscape corridor of the Souss valley, re asserting its role as an urban vector and as a common thread that runs through the living landscape. This would require an improved access to the banks and the creation of new recreative places. The Souss valley could re-establish an interaction between the city and the rural peri-urban areas, by enhancing the existing agricultural meanders and creating north / south crossings. Another key aim was to align urban development with the existing landscape and the environmental ecosystem. This could be achieved thanks to the installation of a fertile landscape based on a new system which restores good agricultural soils, sustainable management of water resources and human ecology. Finally, it is necessary to rely on natural elements to define a productive system around the argan sector. 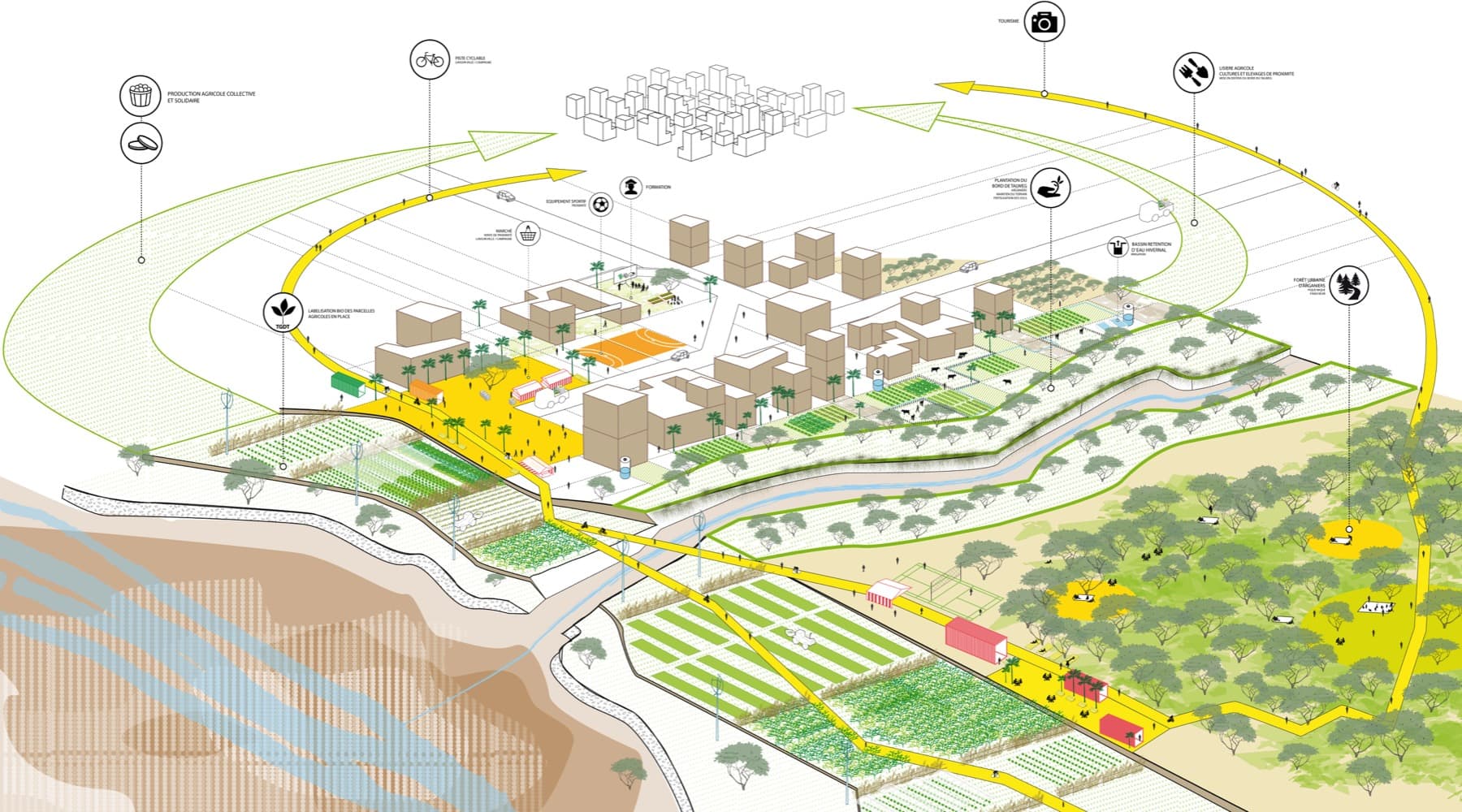 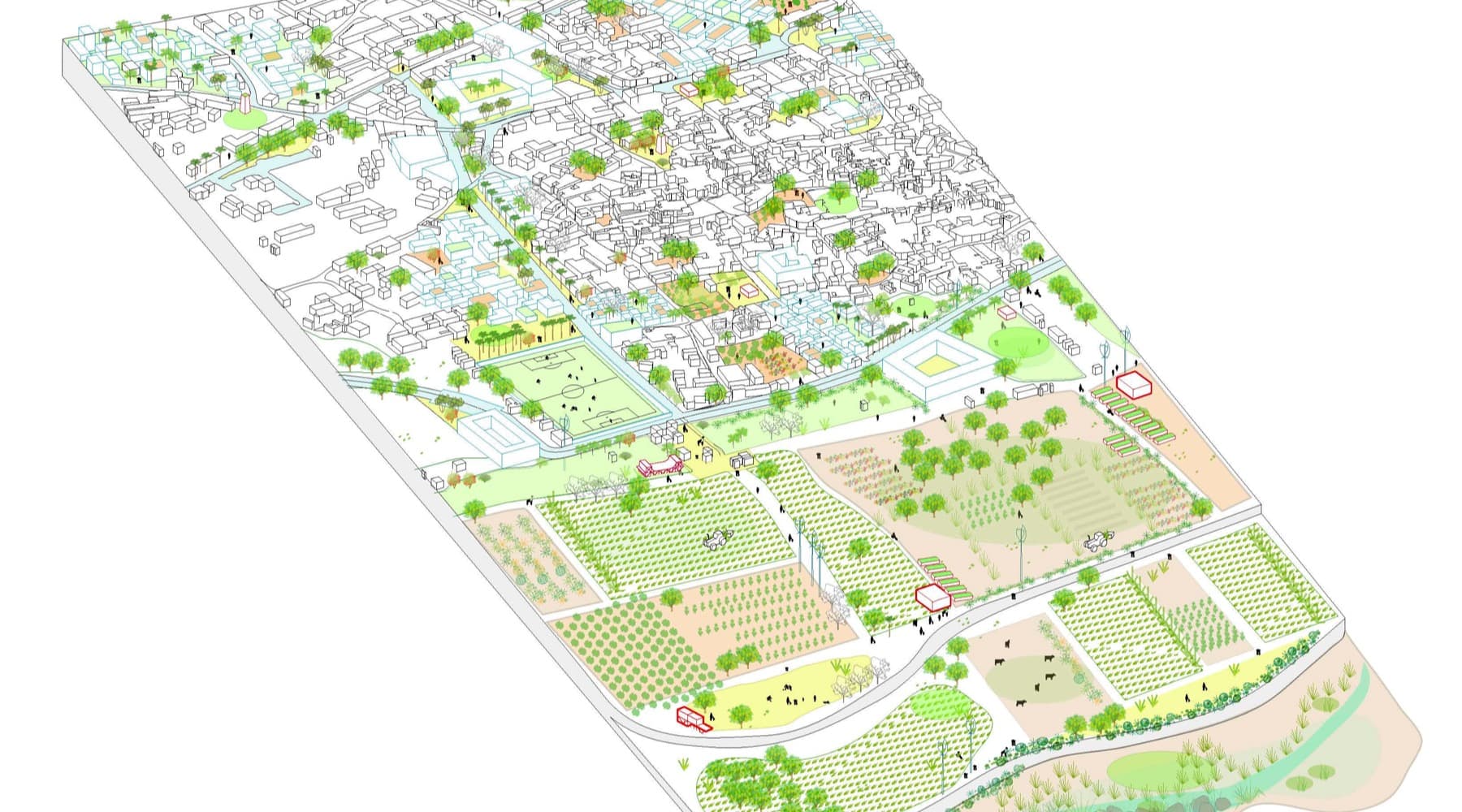 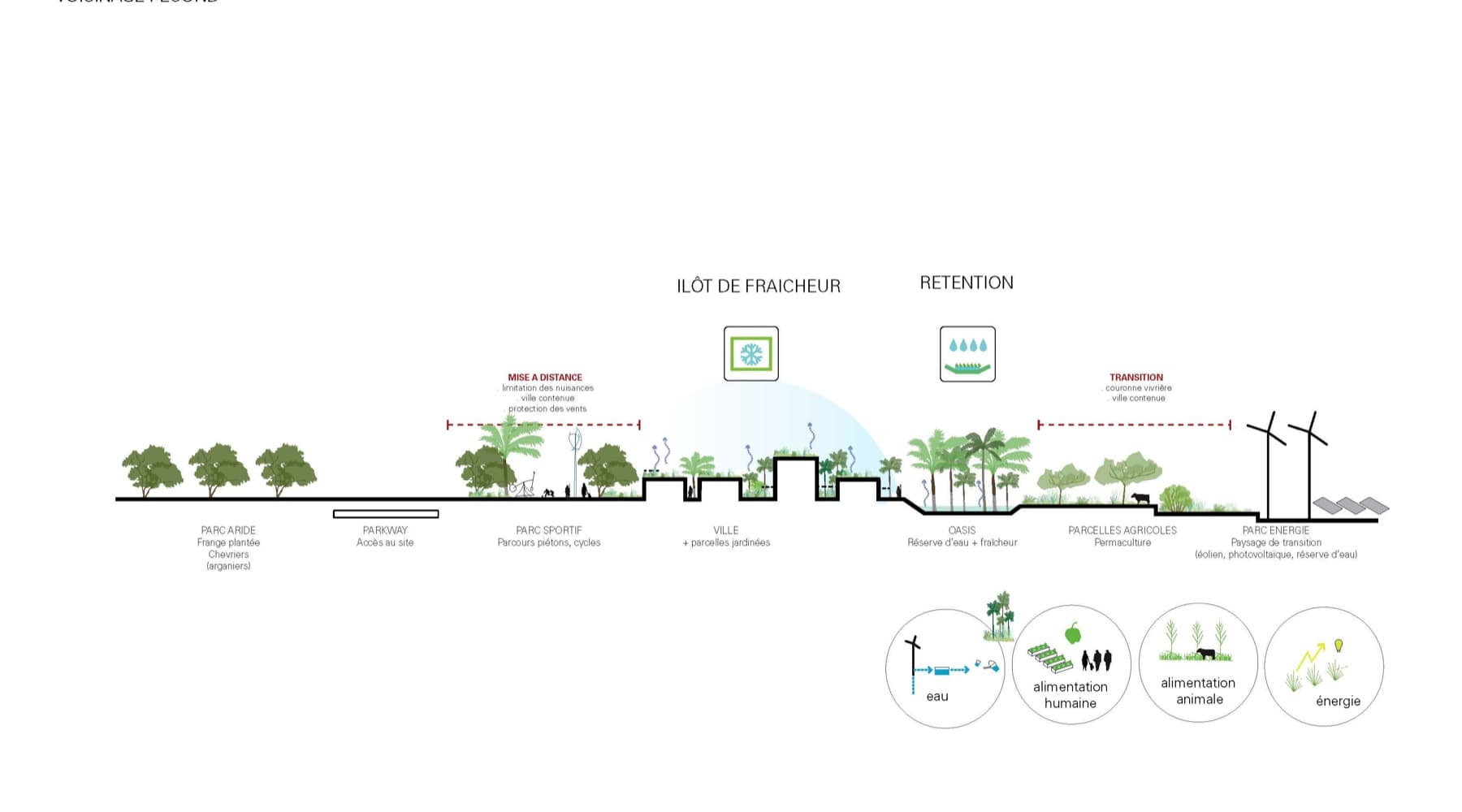