A project to develop the north-eastern Parisian sector and adapt the PLU (Local Urbanism Plan). It is about rethinking a new entrance to Paris.

Paris Nord Est Elargi is a territory to the north of the Parisian metropolis between the Gare du Nord and the Gare de l’Est and the ring road in the North.

Today, this Parisian region is undergoing extensive mutation, with the liberation of significant rail land that could upset the balance of this territory. The study, thanks to the relatively long duration and close work with the city services and the elected representatives, made it possible to accompany the process of redefinition and rebalance, approaching urban planning in ‘clusters’ and adapting each design to the given configuration and to the particular landscape of the stations and rails. Faced with the challenge of balancing existing public spaces and supplying ecological and bioclimatic green spaces, in a territory known for its disparate fabric, several “micro” strategies have been proposed: micro vegetation and micro public spaces on the fringes of major operations on mutable sites. This is a work of acupuncture which ultimately forms a fiber city: a branched network infiltrating along the railway tracks, expanding or tightening, a landscape established through opportunism, capable of capturing urban pulsations, able to evolve with flexibility and to be implemented quickly.

The position of a european station is also the subject of the study. We relied on the current emerging dynamics of the territory to offer an extended program that we have broken down by sector (the vectors of transformation). The production of a fixed guide plan is thus substituted in the methodology in favor of a strategic plan which can be better understood by the key stakeholders. 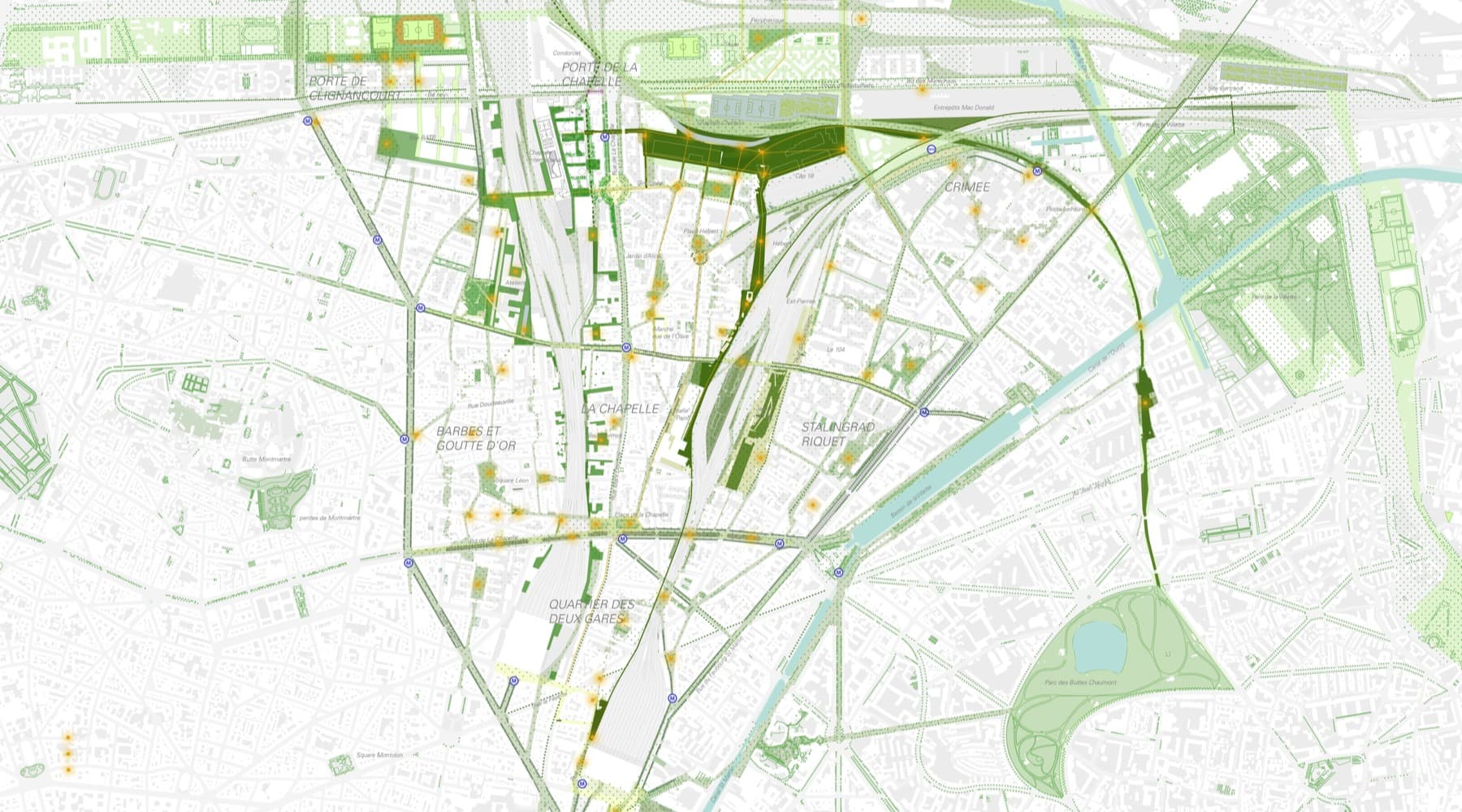 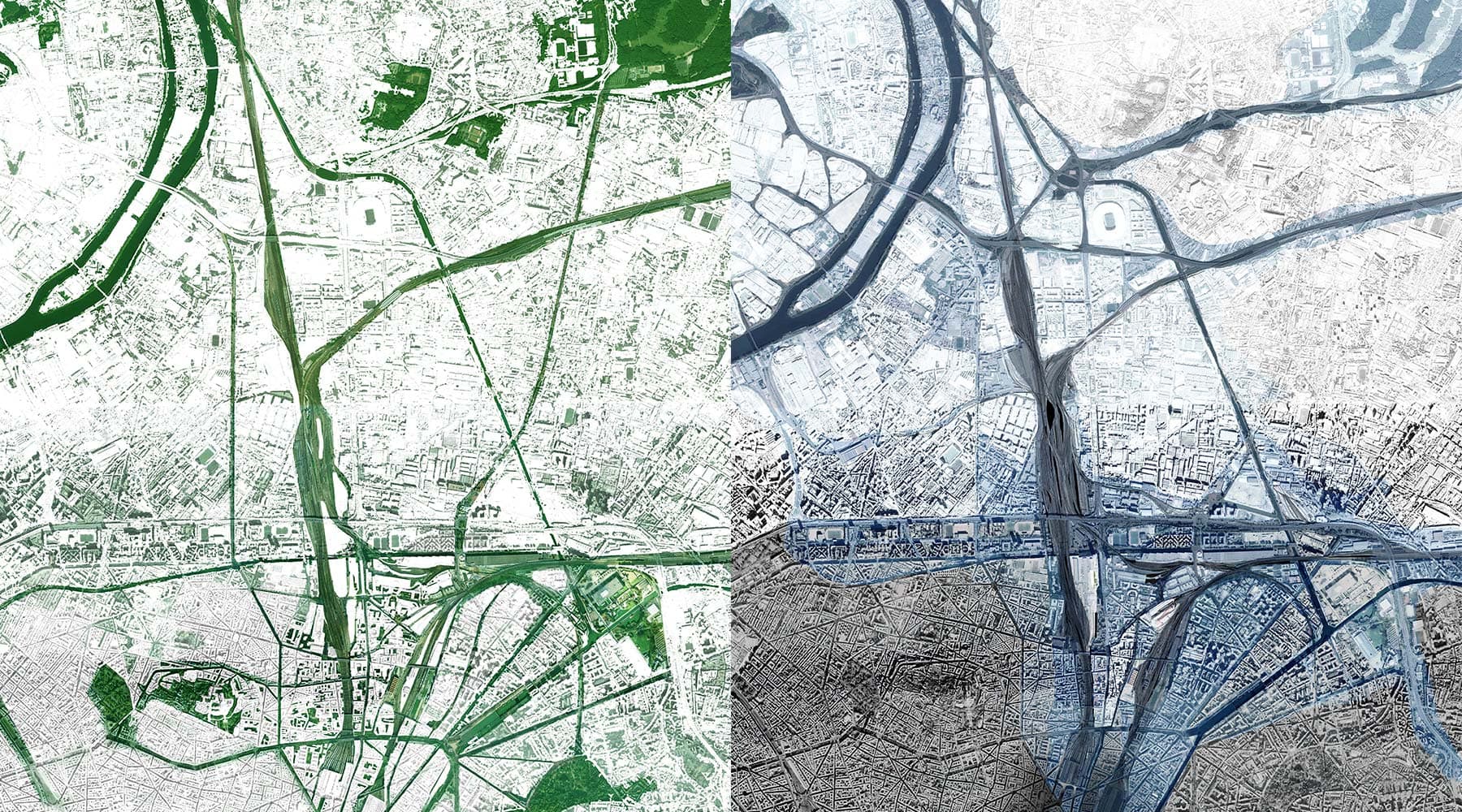 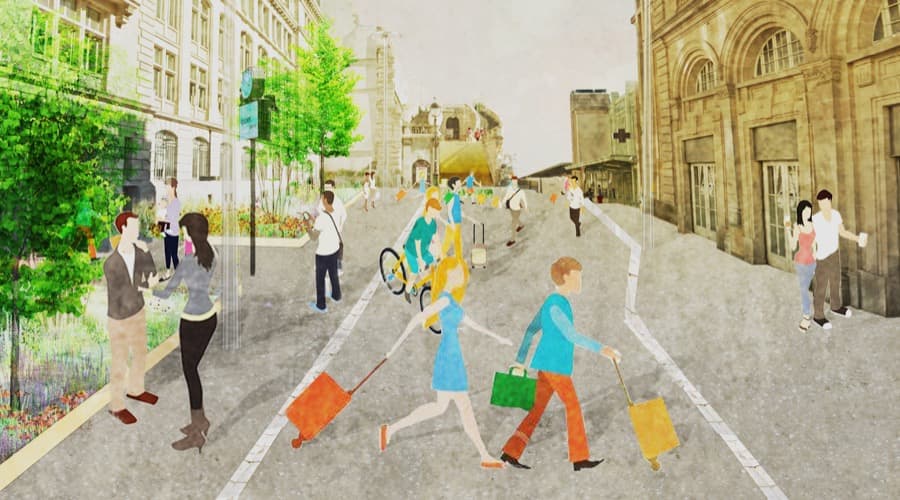 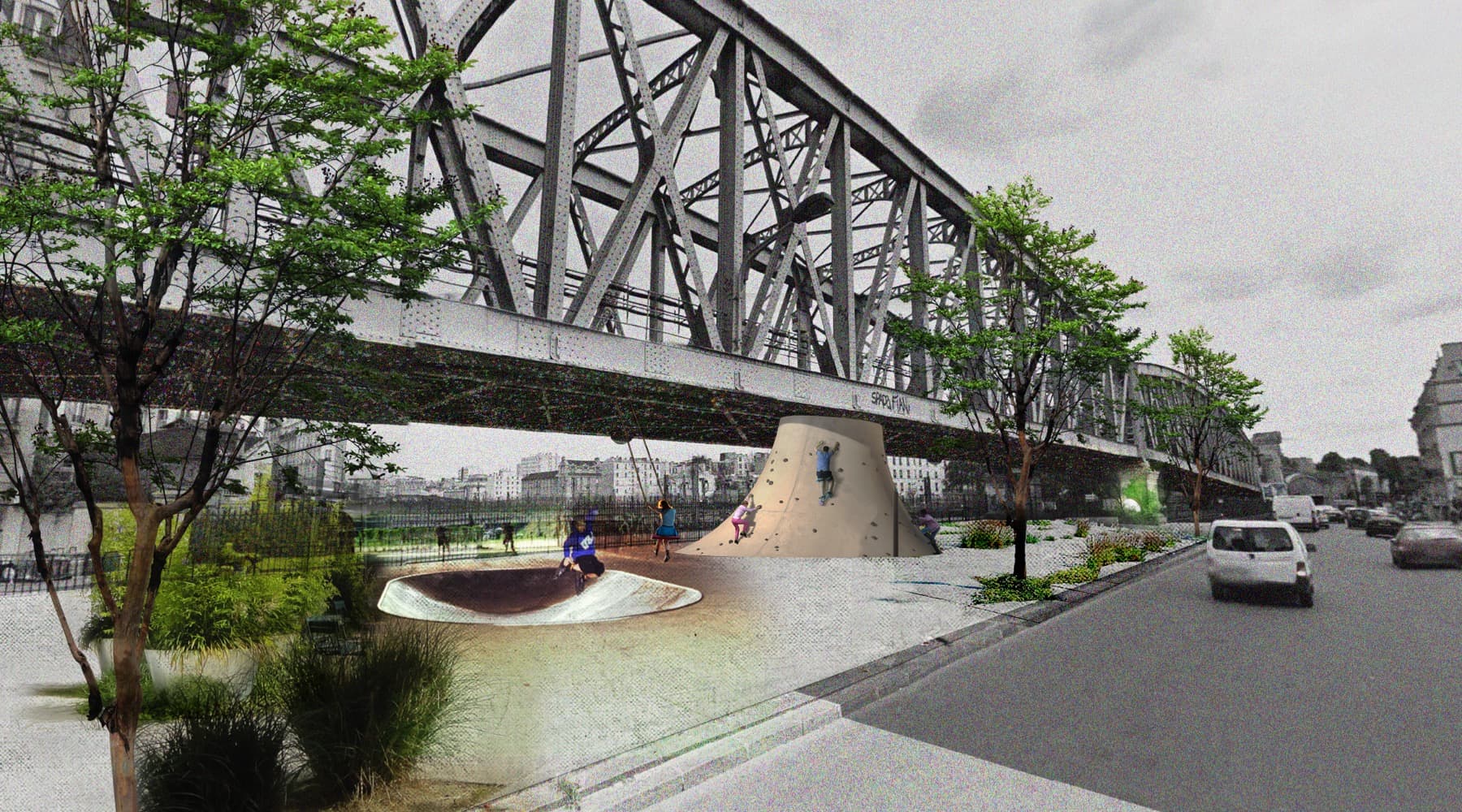 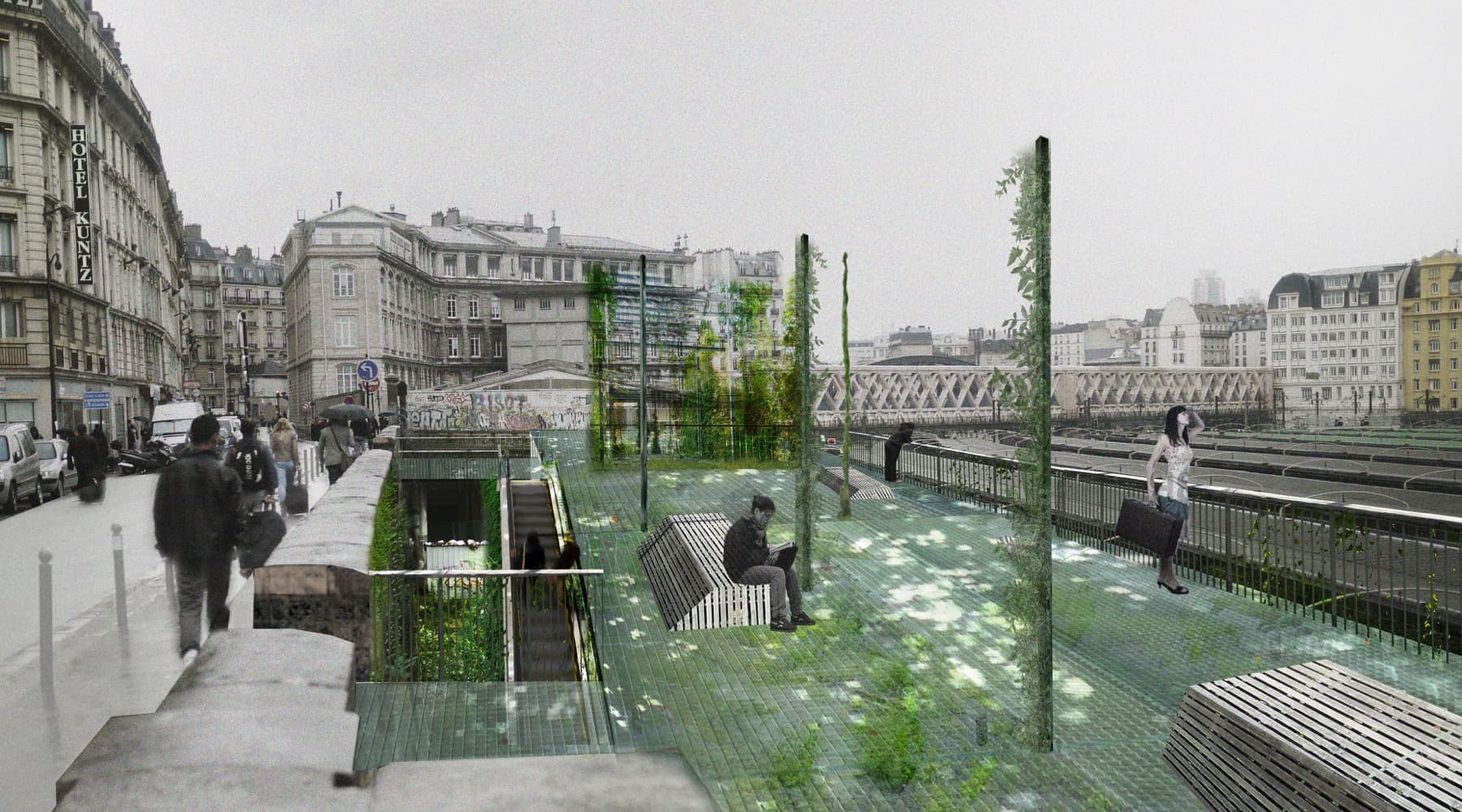 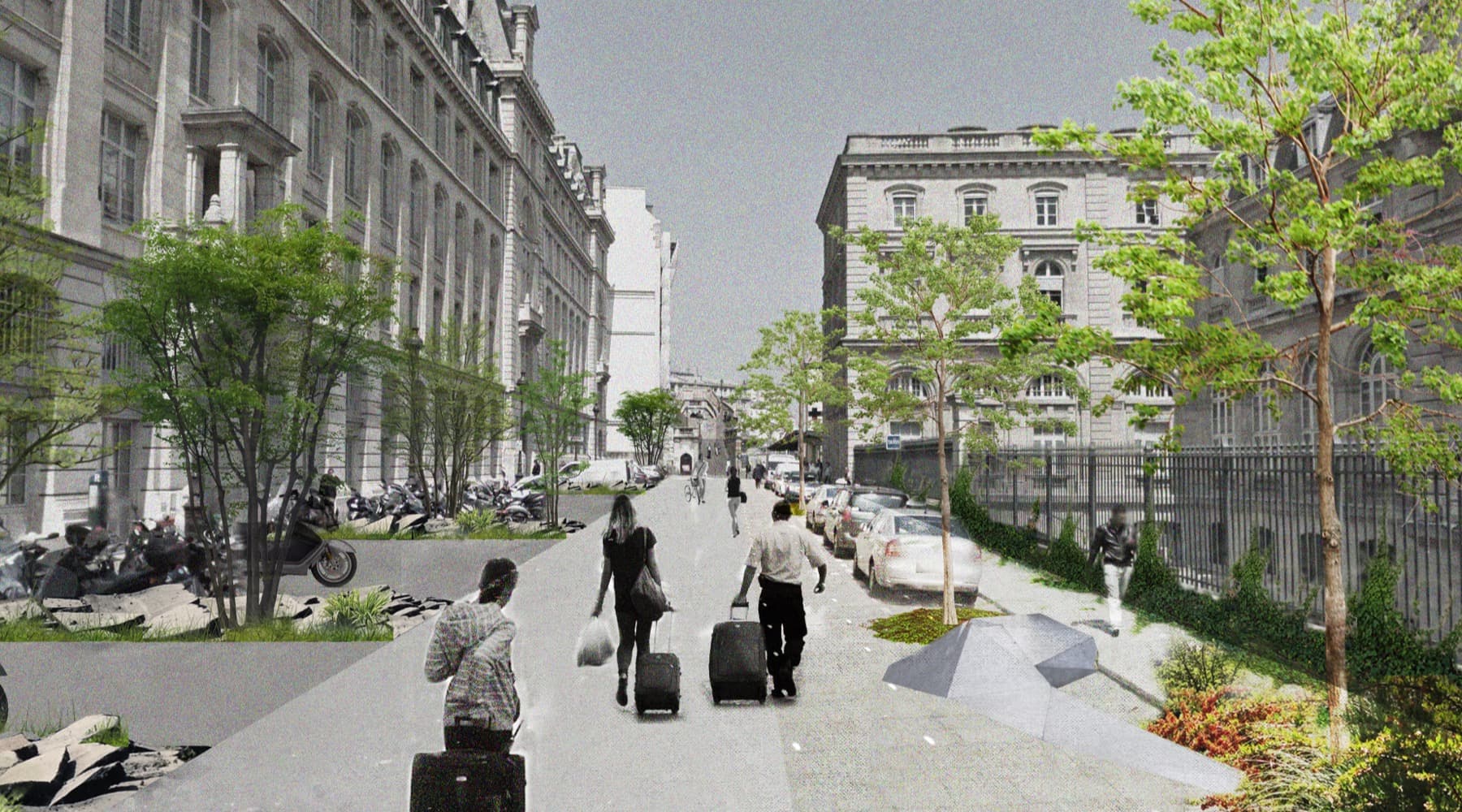