The study for the Parc Diderot involved proposing a new program for the site in order to free up more space for leisure and relaxation. 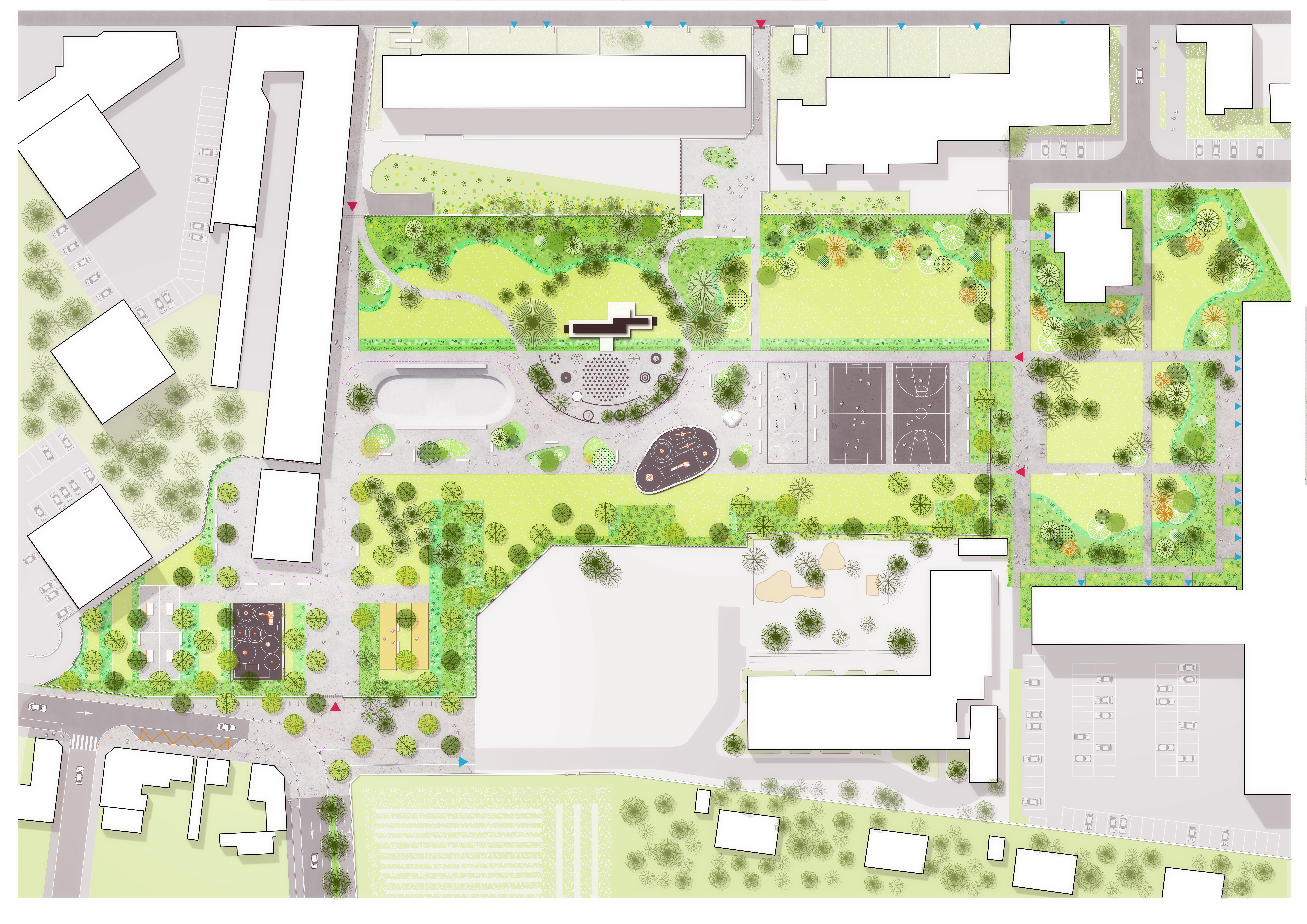 Parc Diderot is a community park by the Quatre Chemins area in Pantin.

Whilst it overlooks the neighbourhood, it is poorly integrated and is associated with antisocial behaviour (squatters, motorbike racing, fly tipping) which harms the park image. Visibility in the park is blocked by the building facades and fences. The microtopography in the space makes areas non accessible meaning that the residents only use 75% of the available space. Furthermore, the current standard layout encourages flow predominantly towards the centre of the park, leaving spaces around the edge poorly frequented.

We made the following propositions: 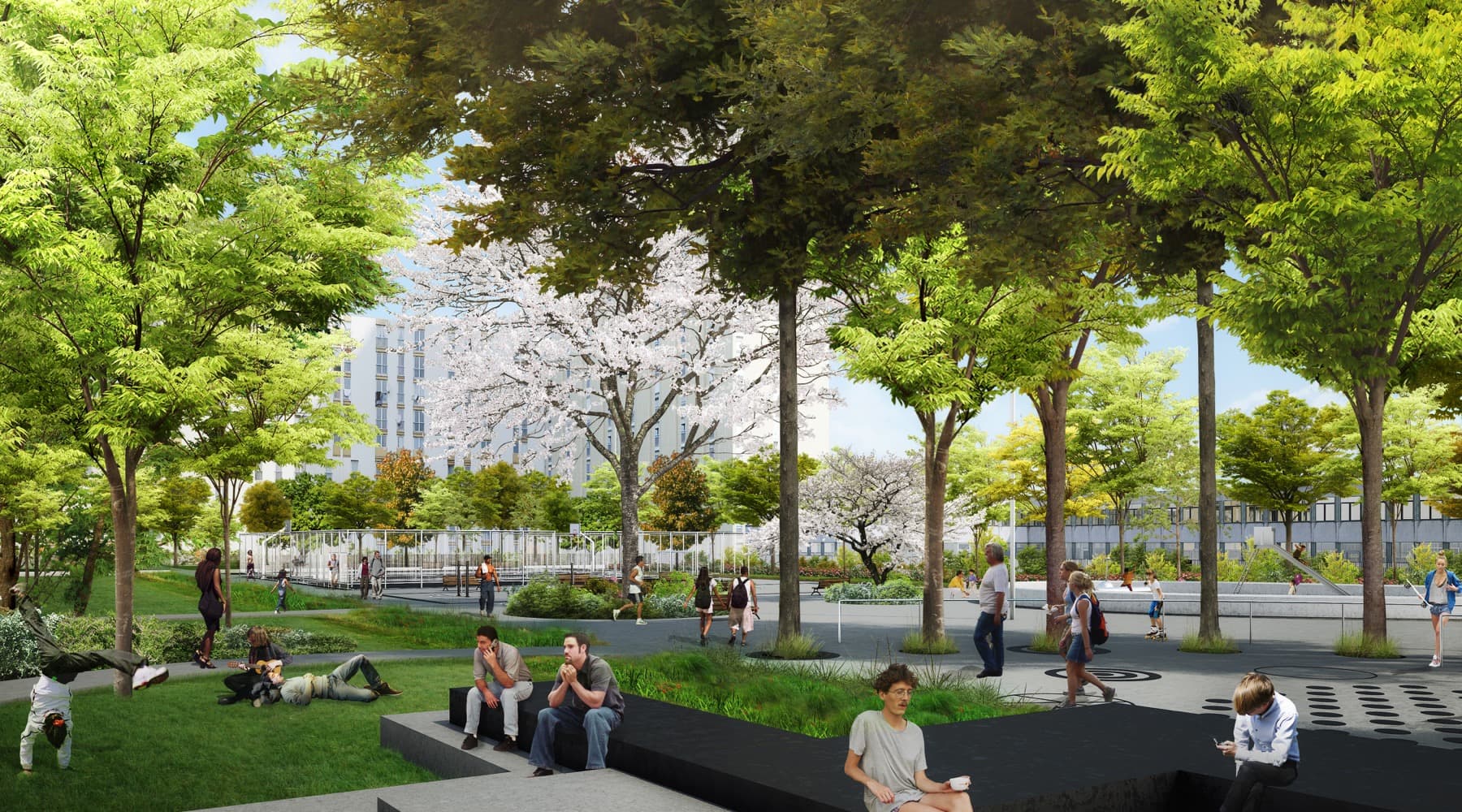 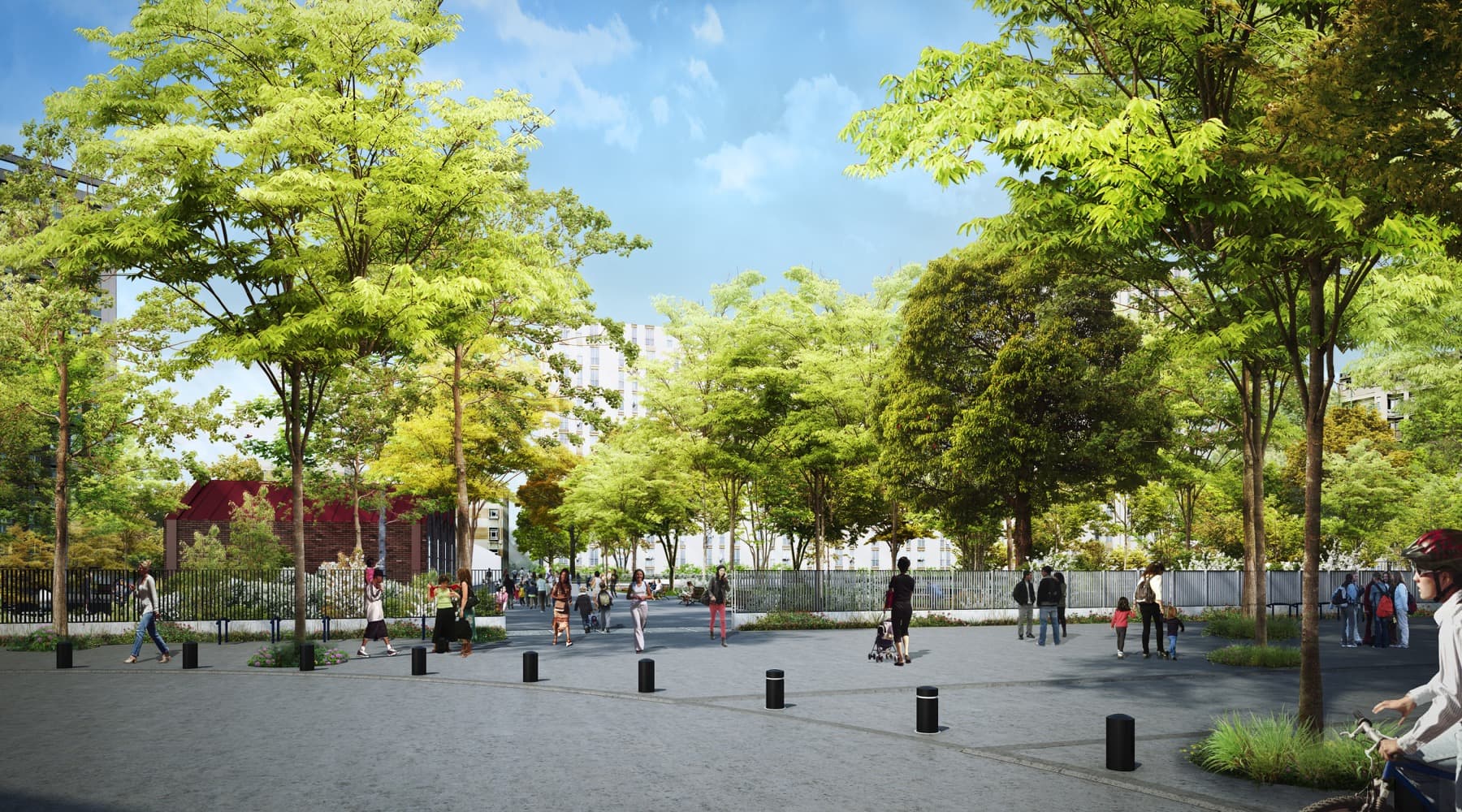