This project involved organising the future Olympic site and imagining a new neighbourhood on 150 hectares of sandy land upstream from the city center. 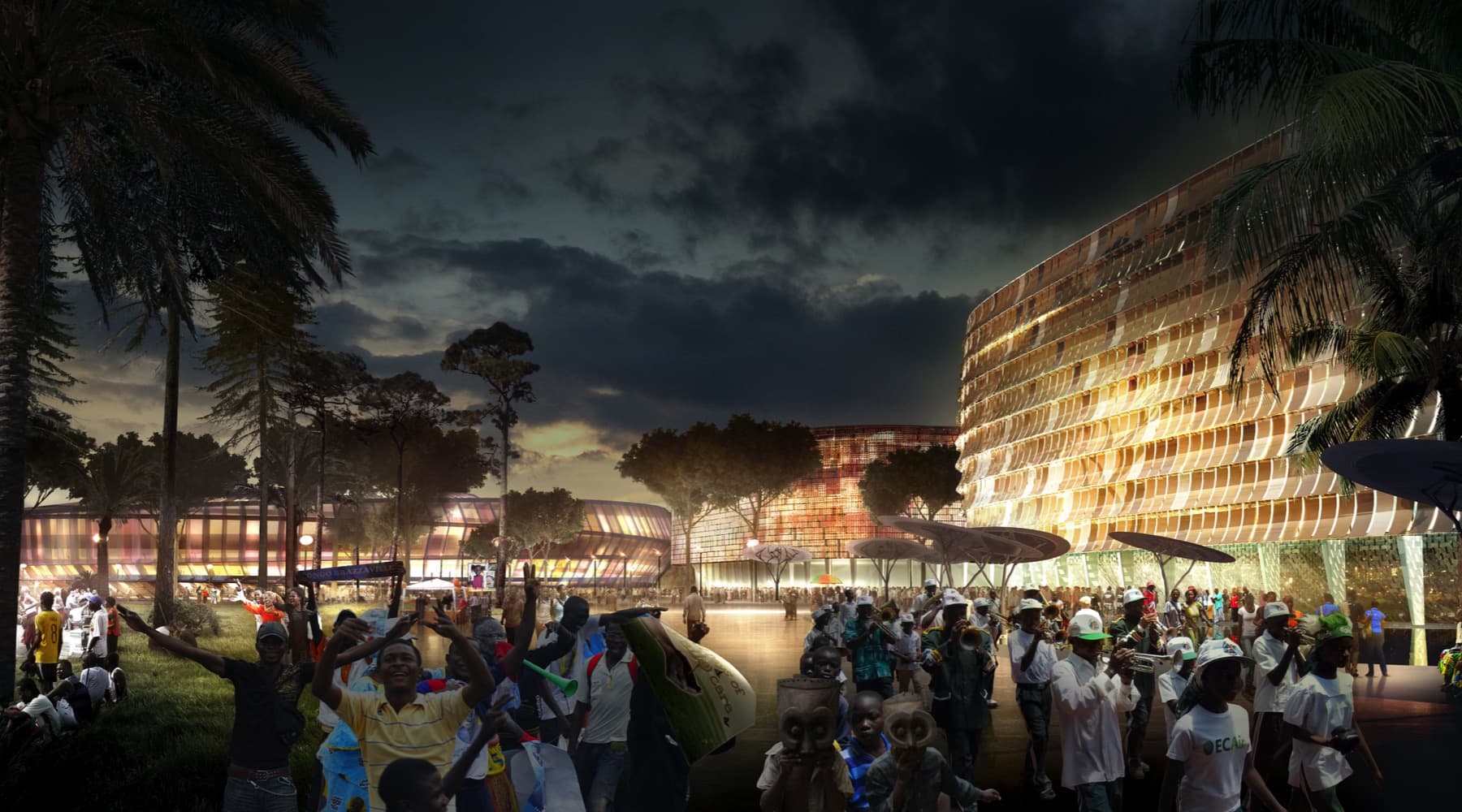 The Olympic Games have always asserted their place in history, increasing the influence of the hosting city. Likewise, this project goes beyond the Games to reach the entire city, and to all of Africa.

The new Olympic site lays the foundation for a new neighbourhood with new inhabitants, adding another chapter to the already rich history of the capital of the Congo. Since the last time the capital hosted The African Olympic Games in 1965, a lot has changed and evolved. The site has merged into the city leaving some facilities still partly present amongst new neighbourhoods. For the 2015 games, a site outside the city was located on the edge of the Congo River, on a slightly undulating plateau, between two small valleys formed by two tributaries of the river. This site influences and supports the development of Brazzaville. It provides a new green vision, a place anchored in its territory with a rich and diverse geography.

Imagining a new neighbourhood on 150 hectares of sandy land upstream from the city center, we were inspired by several different cities around the world, but it was above all Brazzaville itself that inspired the design seen today. Brazzaville was mainly developed according to a regular grid which reveals the relief, vegetation, infrastructure and facilities and  the plotlines which crisscross the current site show the city is expanding. To organise and implement the future Olympic site, we used the same regular but unsystematic logic. This grid, modeled on the existing plot lines, highlights the slightly undulating landscape. 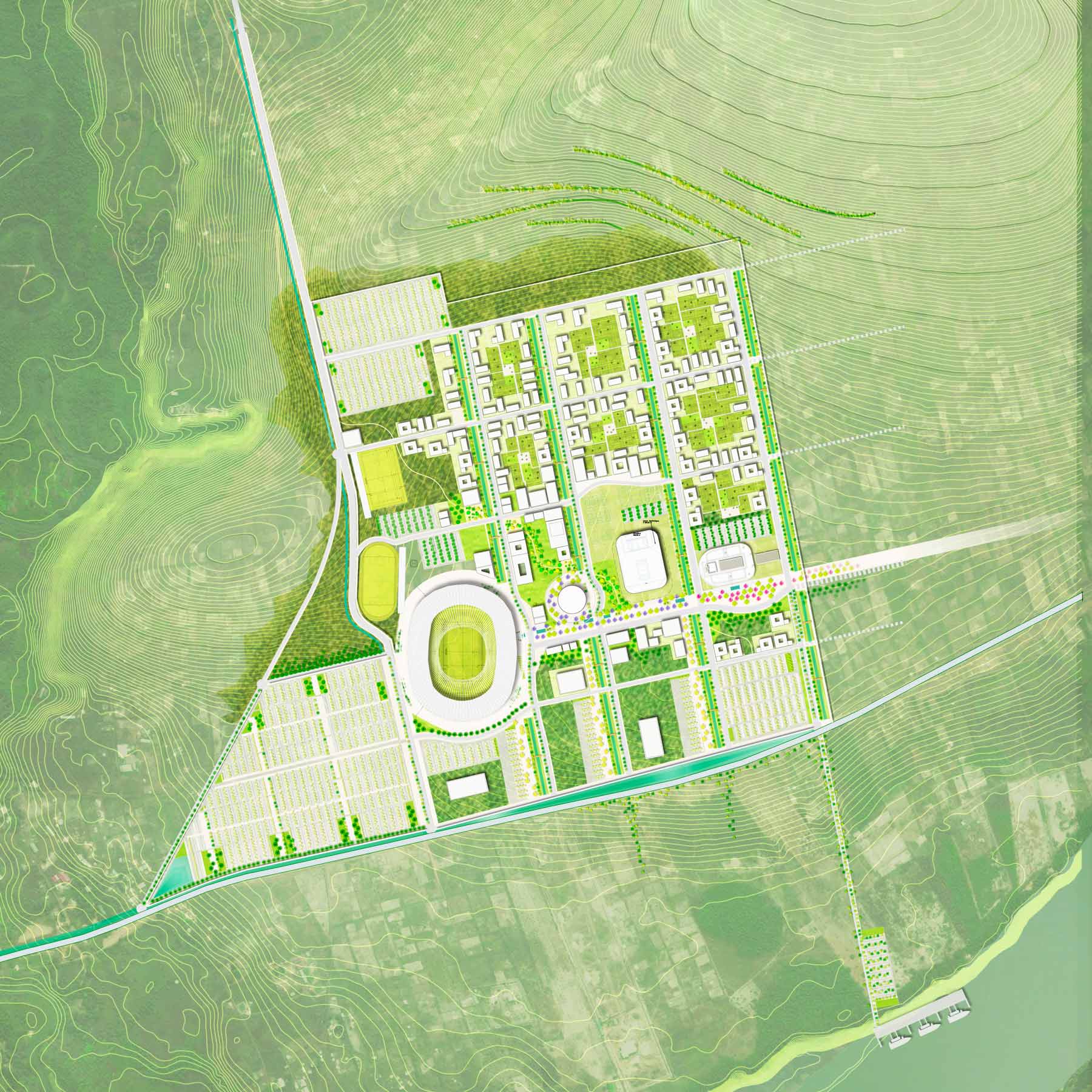