A site which plays an active role in the transformation of the surrounding area and expresses a new urban identity. 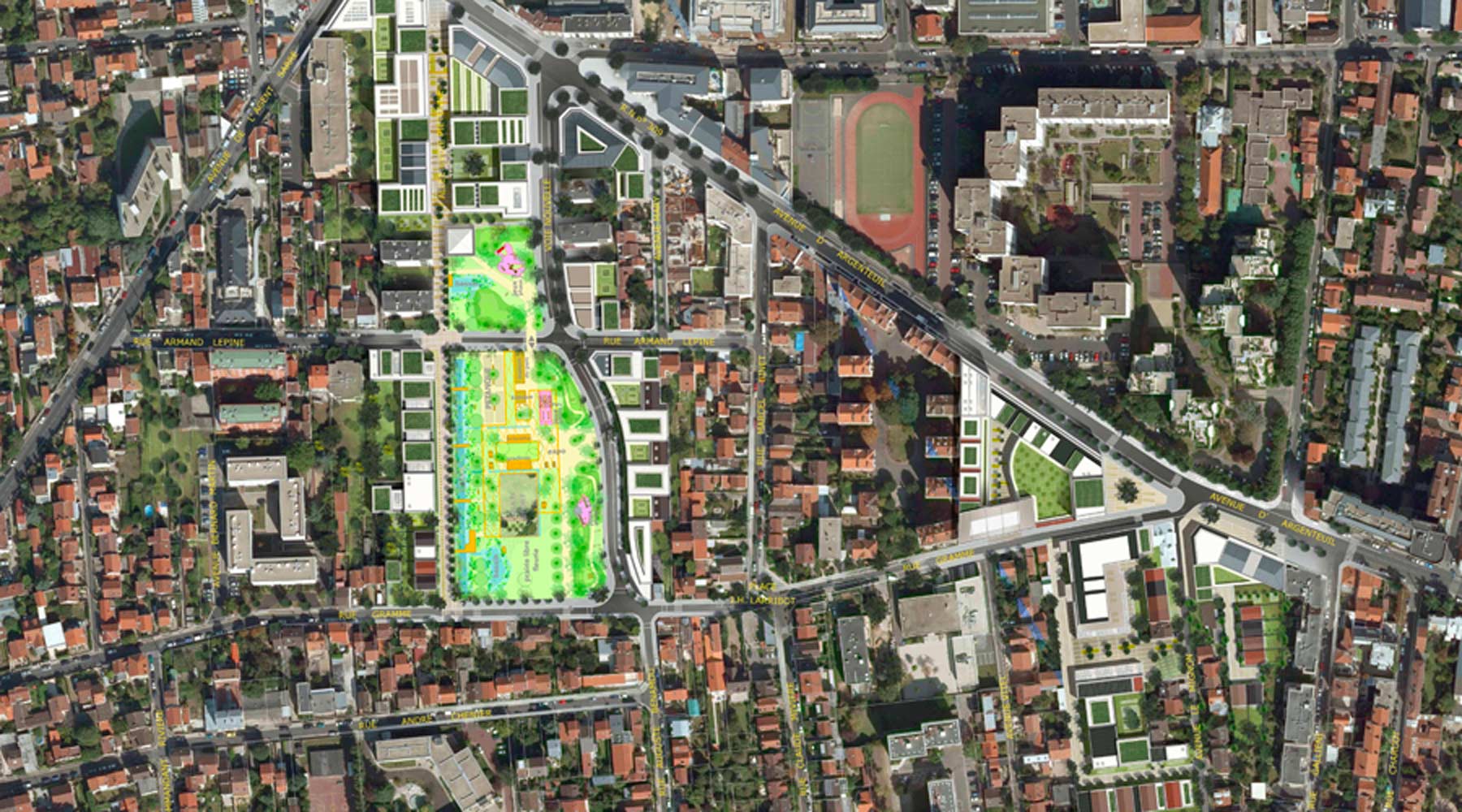 The northern area of Bois Colombes currently lacks quality public green spaces; it is currently undergoing regeneration. The future Pompidou Park is designed at the heart of the residential neighbourhood and will become a dynamic green space.

The design concept to reactivate the park involves harnessing the new urban dynamics around the site in order to create a dialogue between the future park and the urban renewal projects nearby.

Here we find cultural activities, play for children and spaces to socialise. The north south axis is emphasised as a major route through the park which is itself developed around the historic parcels of land on site.

Activities are developed around linear and themed zones, and along a gradient from wetland areas to more dry areas on the mounds in the East. The park will become a protected natural space, a green lung at the heart of the neighbourhood.

The canal to the West of the site serves as a barrier and a series of ecological woodland mounds will be made out of ballast along the Eastern edge of the site.

The heart of the park will be a catalyst for social interaction and exchange. A large trellis structure covered in vegetation will unify the space, encouraging people to gather together. Equipment and furniture will be concentrated within the spaces set out inside integrated barriers. The pergola will become a multi generational animated hive of activity. 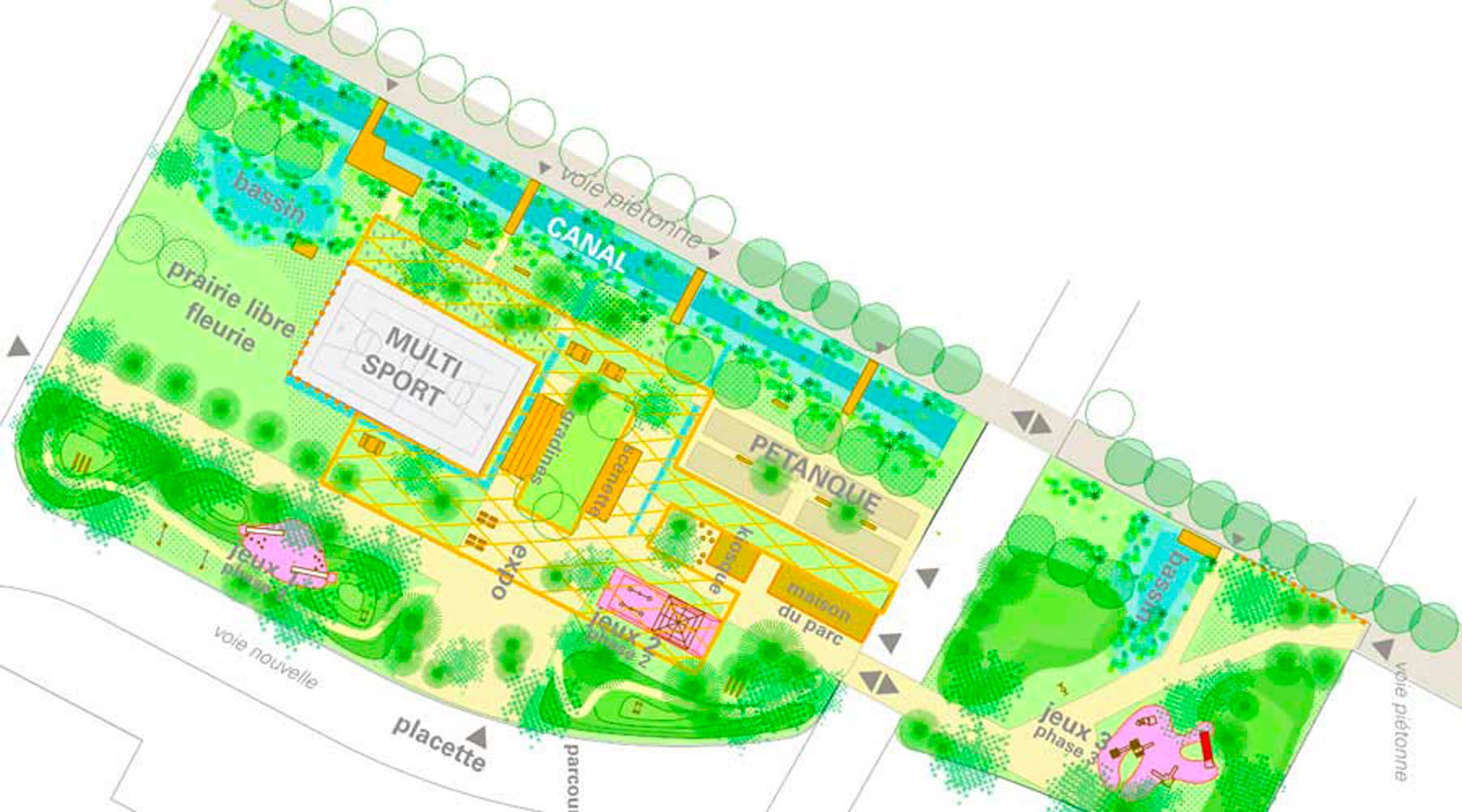 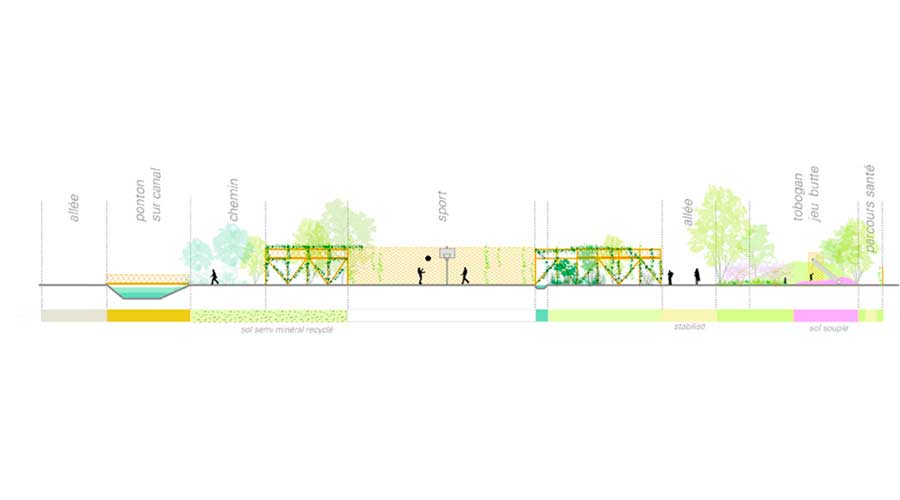 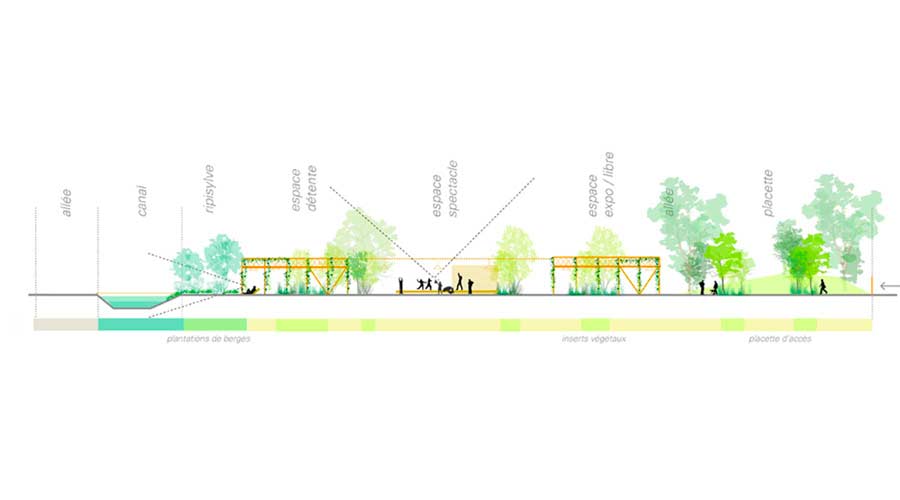