The redesign of the village centre was imagined as a series of urban rooms to enhance and articulate. 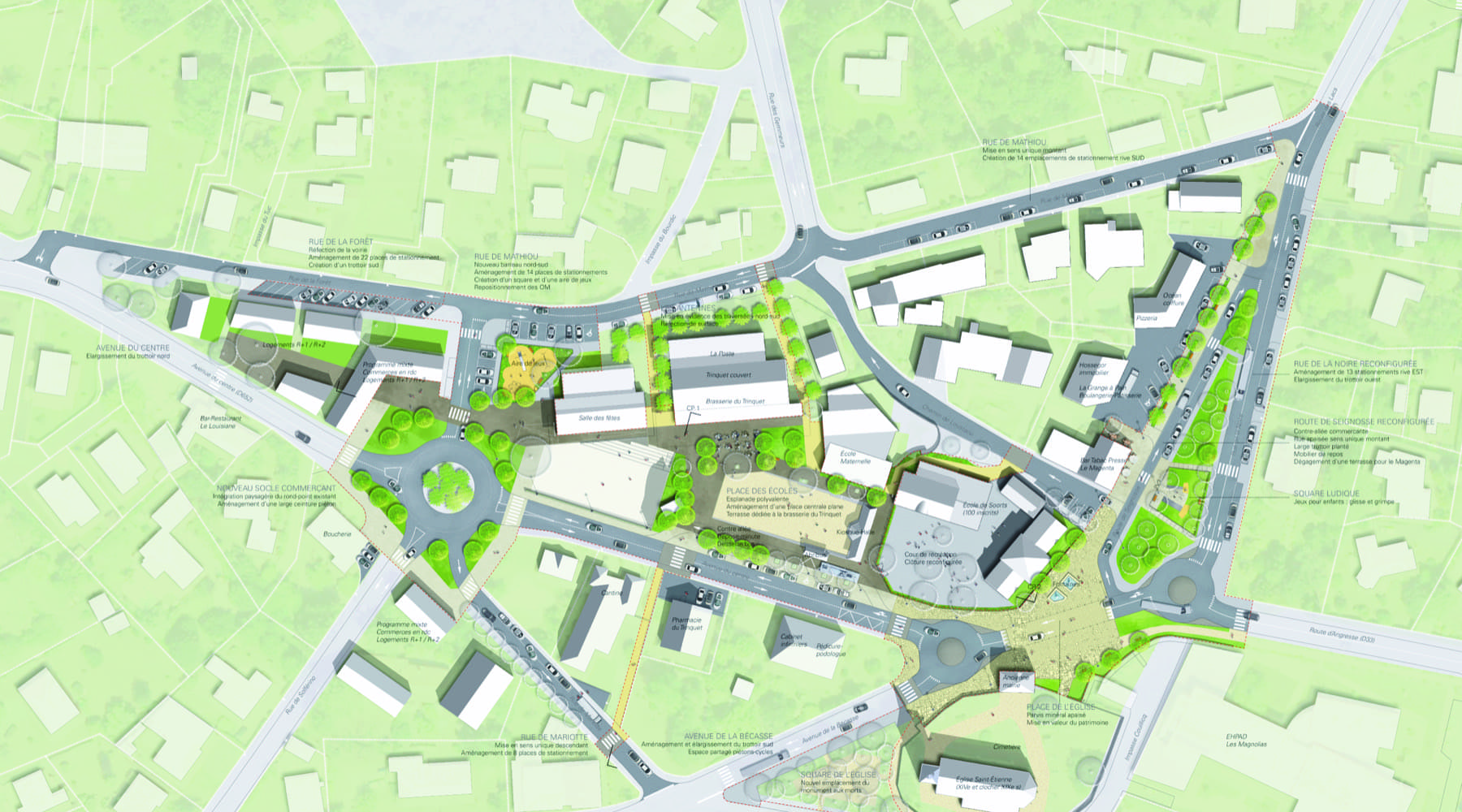 The church square articulates the major axis which traverses the east of the town and unfolds into a forecourt at the base of several key landmarks (the old town hall, the old school, the church.)

From this square at the entrance to the town a comfortable pedestrian network has been reconfigured and expanded, notably to the north of the Avenue du Centre and the route de Seignosse. The Place des Ecoles on the Avenue du Centre is redesigned to make the town  centre more attractive vibrant and conducive to new uses.

This square is framed by a pedestrian ambulatory passage which connects future mixed programs along an east west axis which will take place on the plot of the old Hotel de la Foret and to the south of the roundabout. This connection will function as a pedestrian platform for  the party venue and the Trinquet brasserie behind the post office and the two schools. A side alley and landscape project is proposed alongside the roundabout in order to reactivate the entrance to the west of the town. Potential businesses could be developed here.

The route de Seignosse is reconfigured into a one way street as a means to calm and assure the safety of pedestrian movement by the existing businesses. As another consideration, le rue de la Noire will be enlarged so as to be able to integrate monolateral parking (useful for old aged people.) It will play a new role in the entrance to the town becoming a wooded square, revitalised by a playground for children and new stairs connecting the pavements. 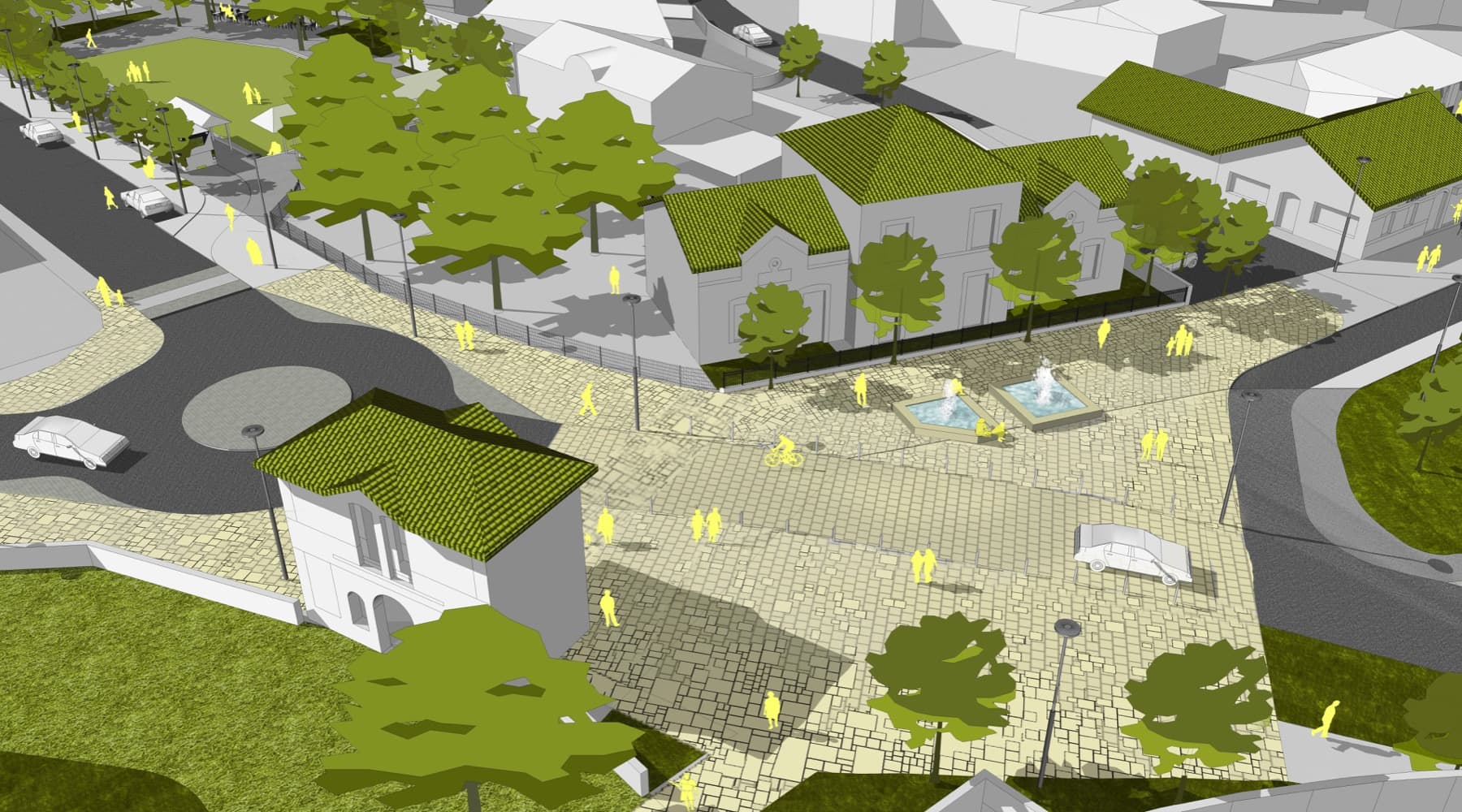 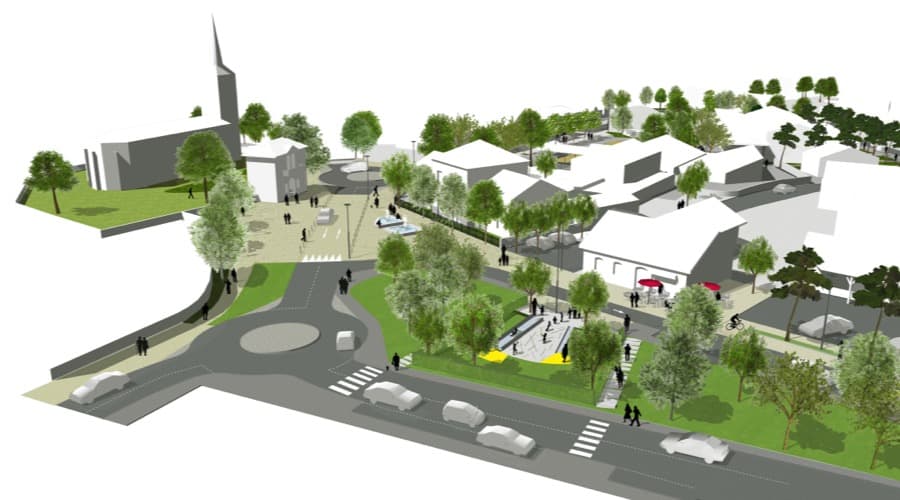 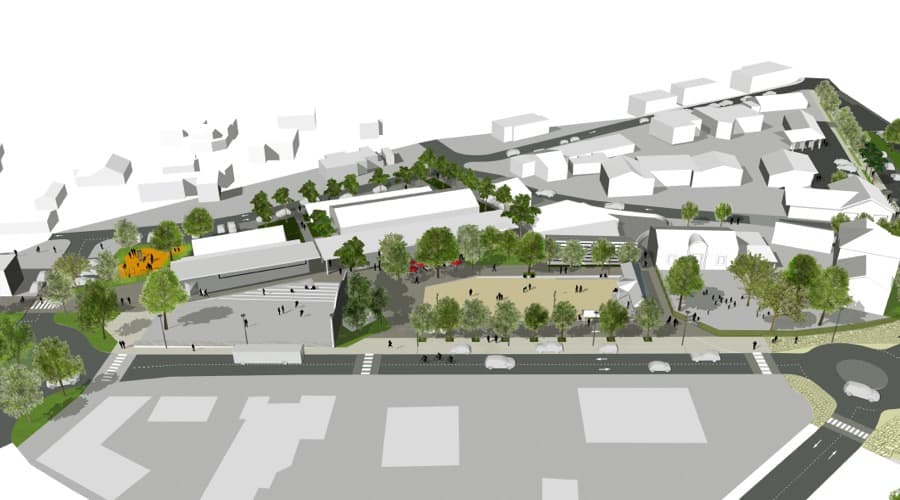 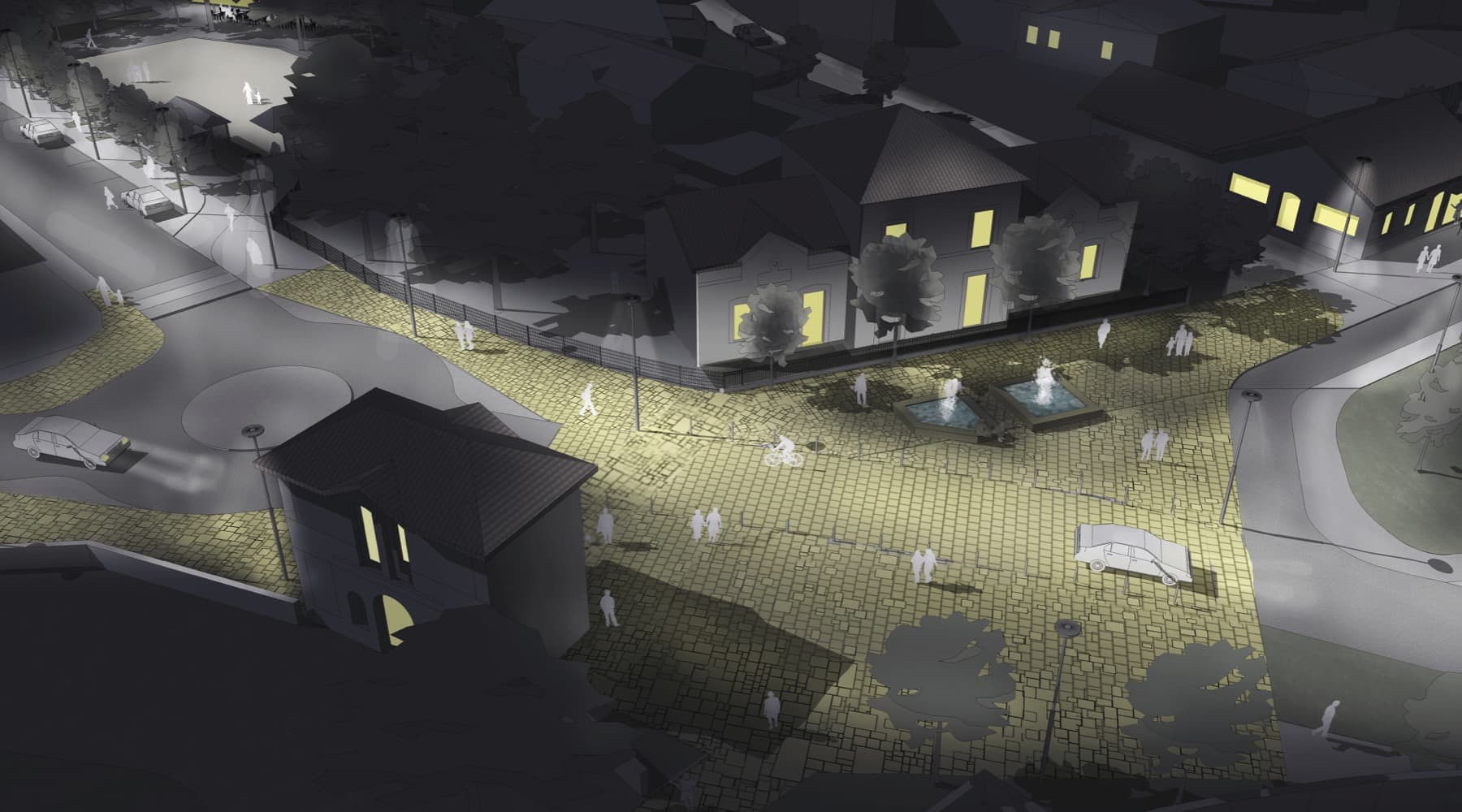 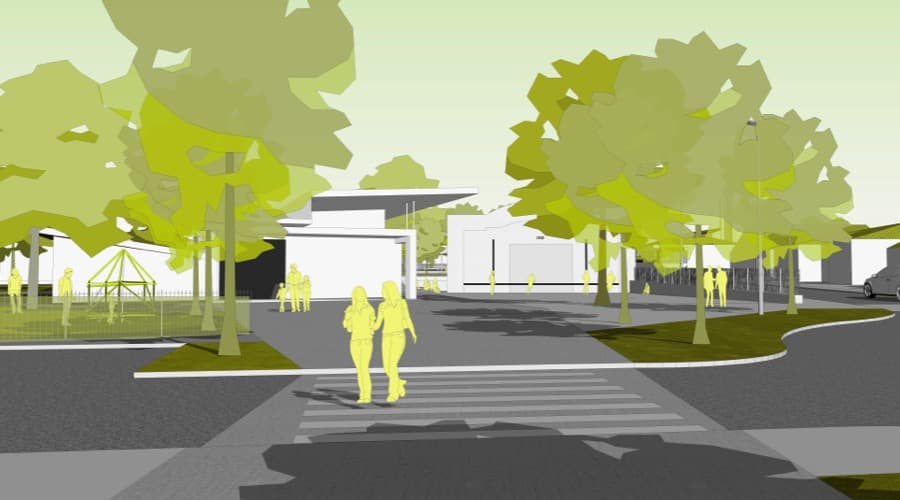 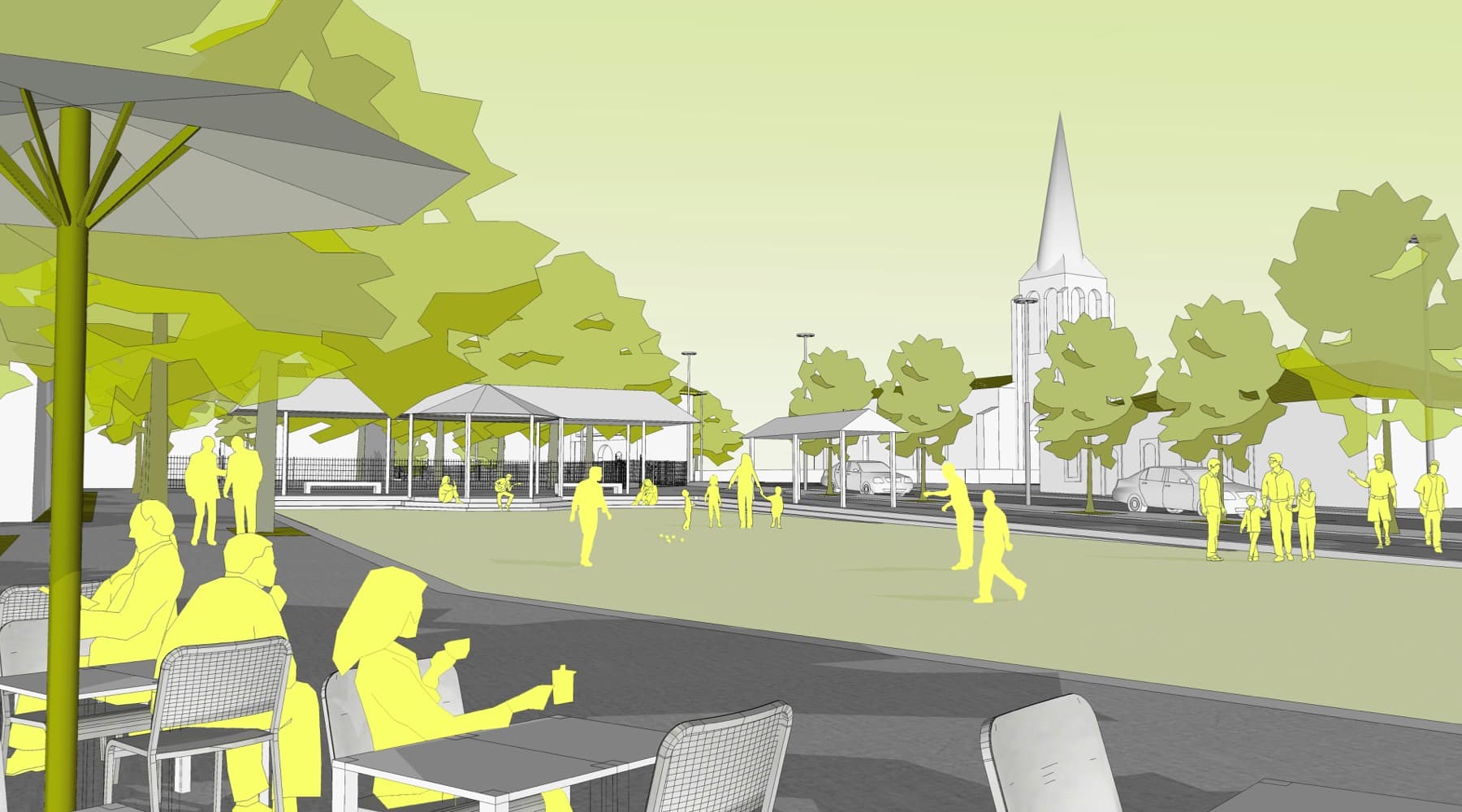 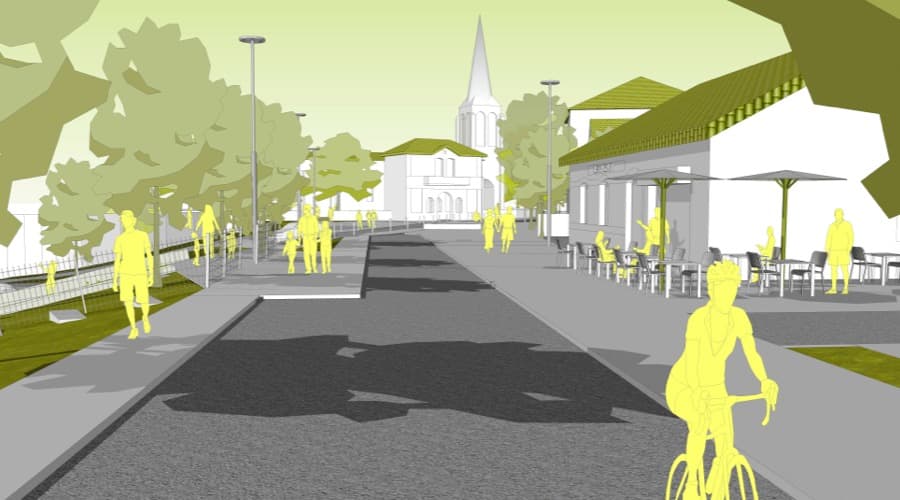 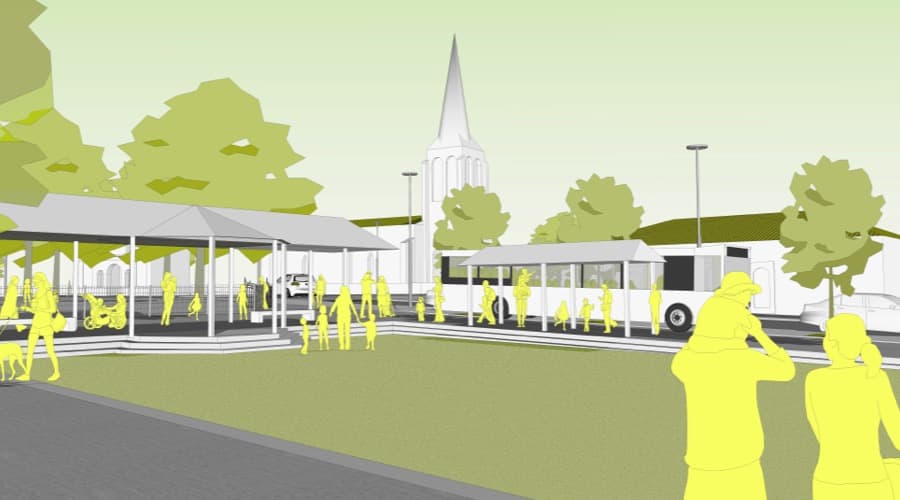