A greenway invests the station sector in a green framework of a new district which provides the skeletal structure of the territory. 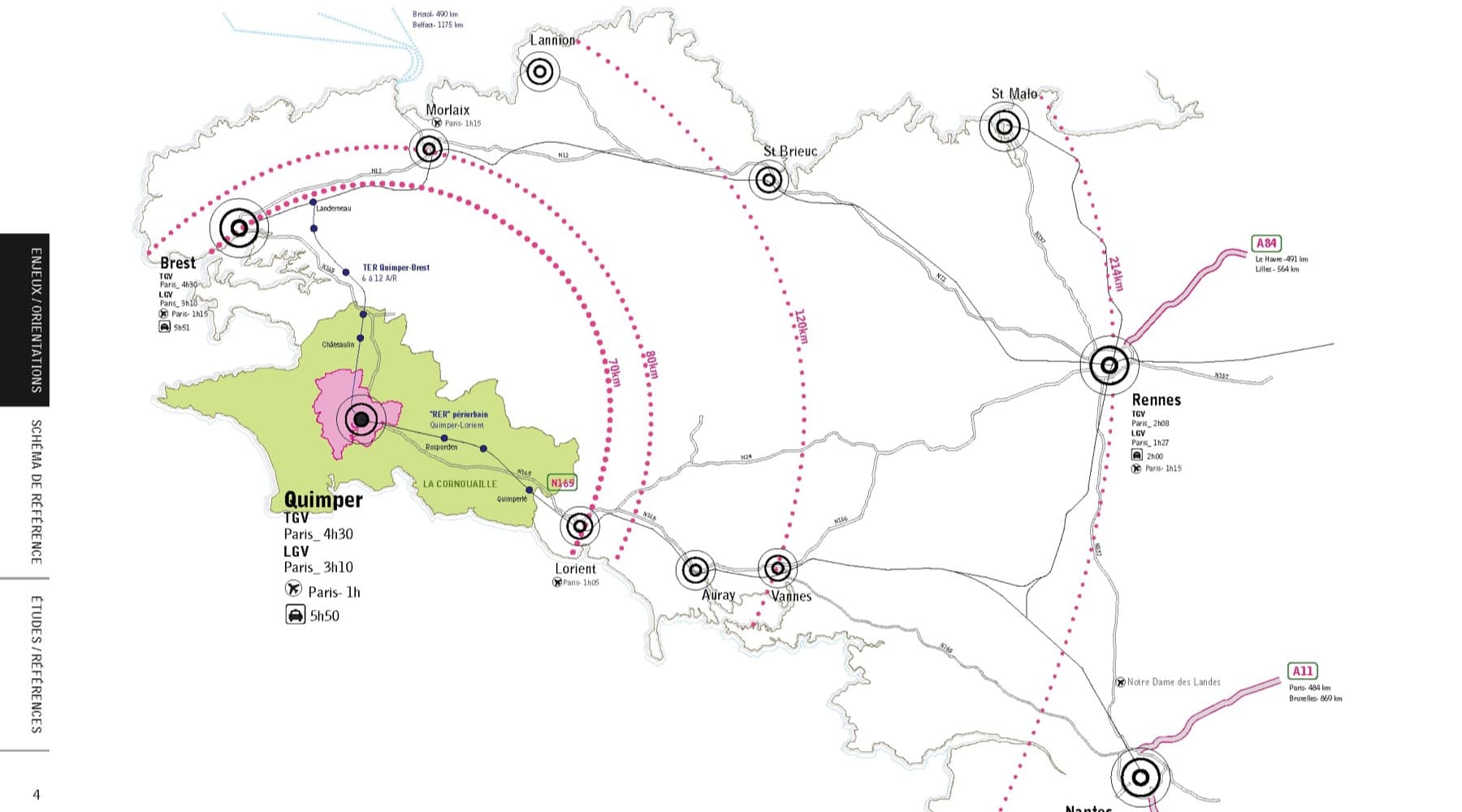 The greenway development evolves as a series of sequences which cross through different neighbourhoods.

It is made up of sequences of wild, natural and preserved spaces (flooded meadows, woodland hillside) which alternate with intensive sports parks or mineral spaces linked to cultural activity and/or to movement and travel.

The area is broken up by the biological and functional corridors on the site: most importantly by the Odet river, but also by the wooded hillsides, the railway and the Avenue de la Libération. These elements enhance circulation along the strong east-west axis, but leave the north-south connections relatively neglected. The reference plan avoids developing a network of multiple little connections (as in the town centre along the Odet) but condenses most of the crossings into sprawling linear elements which free up the steep topography of the site and counter the physical disconnection of the fluvial and railway infrastructure. There are two of these crossings: at the station, which relinks the Gourmelon hillside to LeDean road on a north south axis, passing by the peninsula of the Odet, the station and the Avenue de la Libération. A central tripod walkway assures a link to the hippodrome in the north, to a new sports and cultural park in the east and to the Avenue de la Libération in the south. 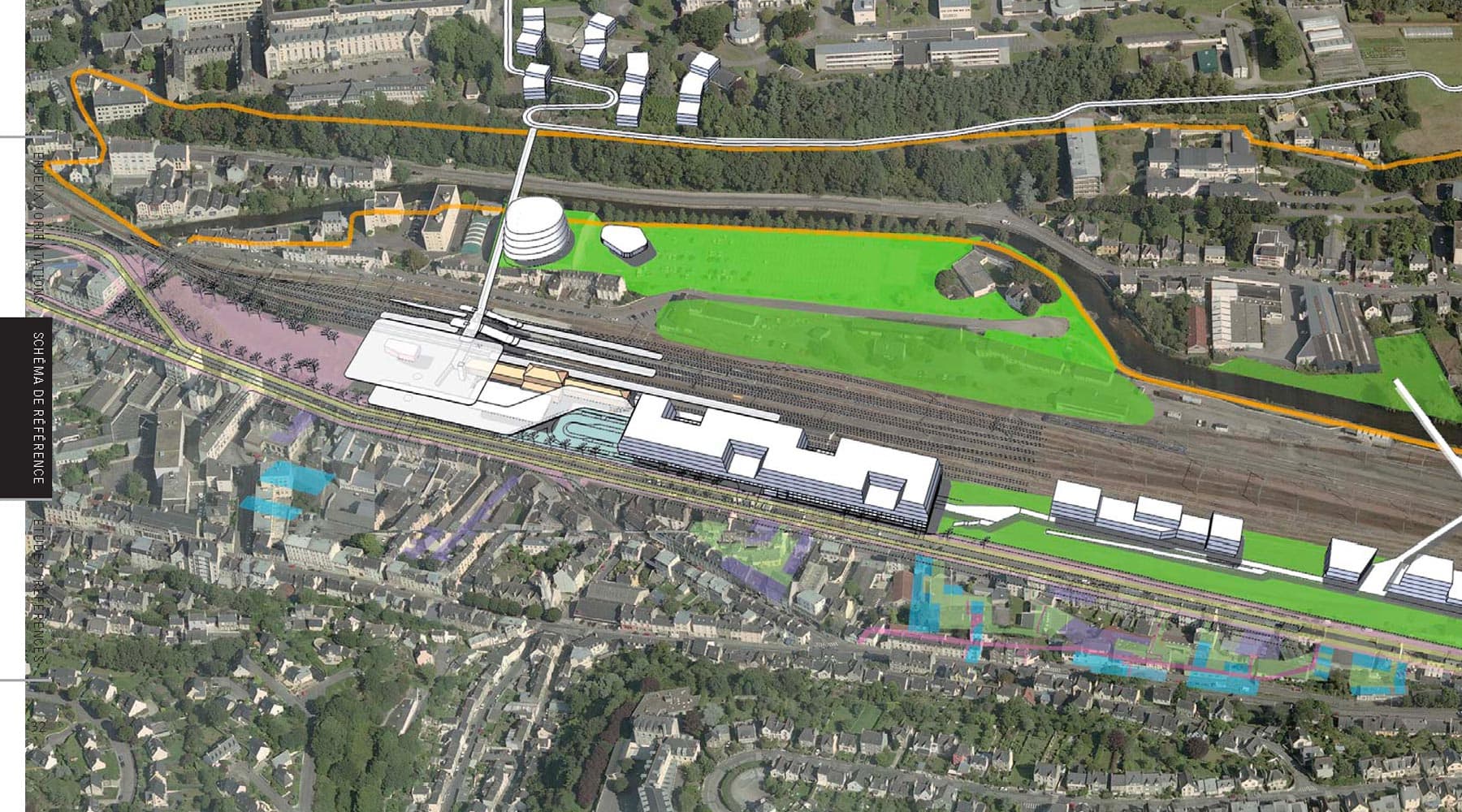 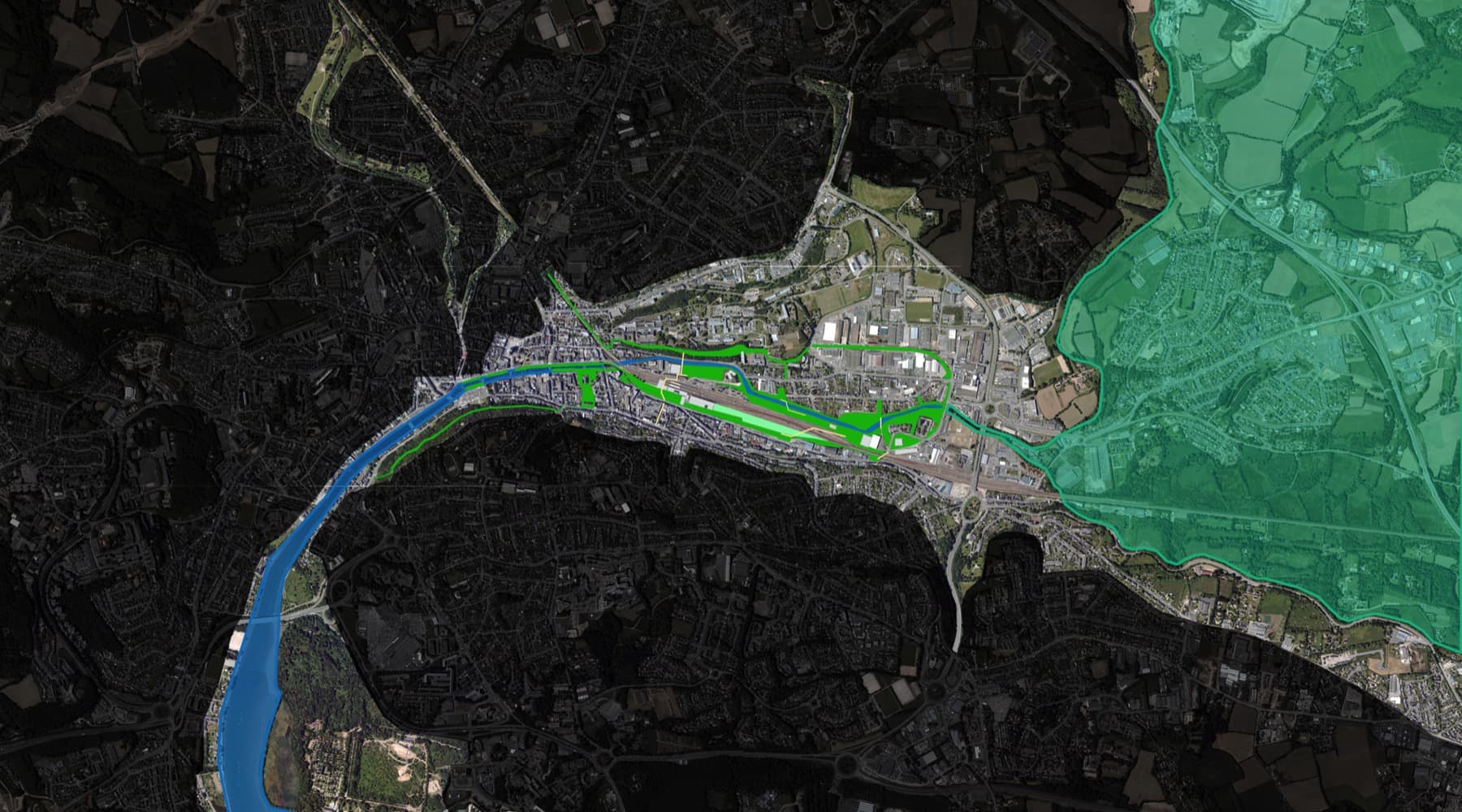 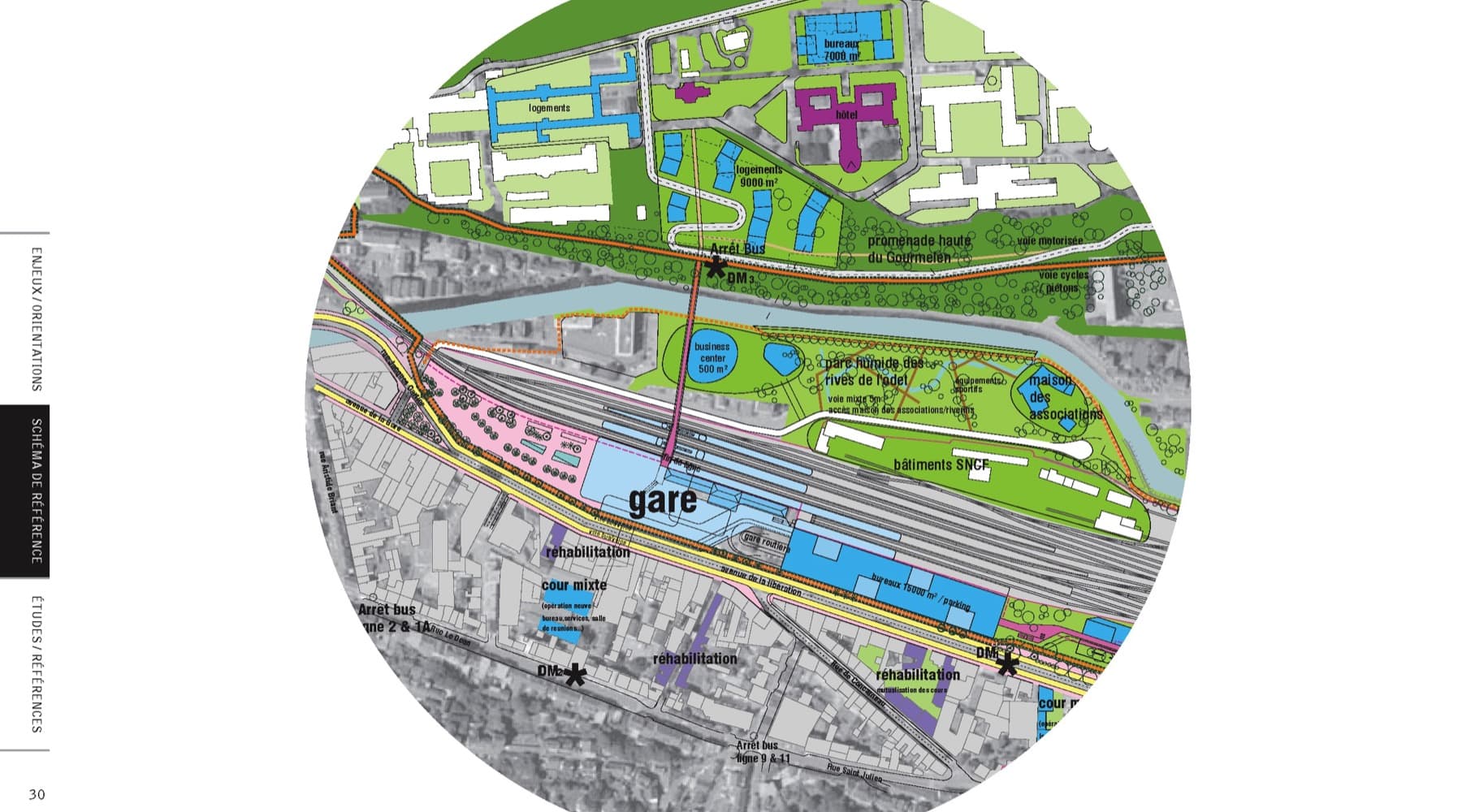