A site at the margins of an urban community with a new urban and landscape edge. 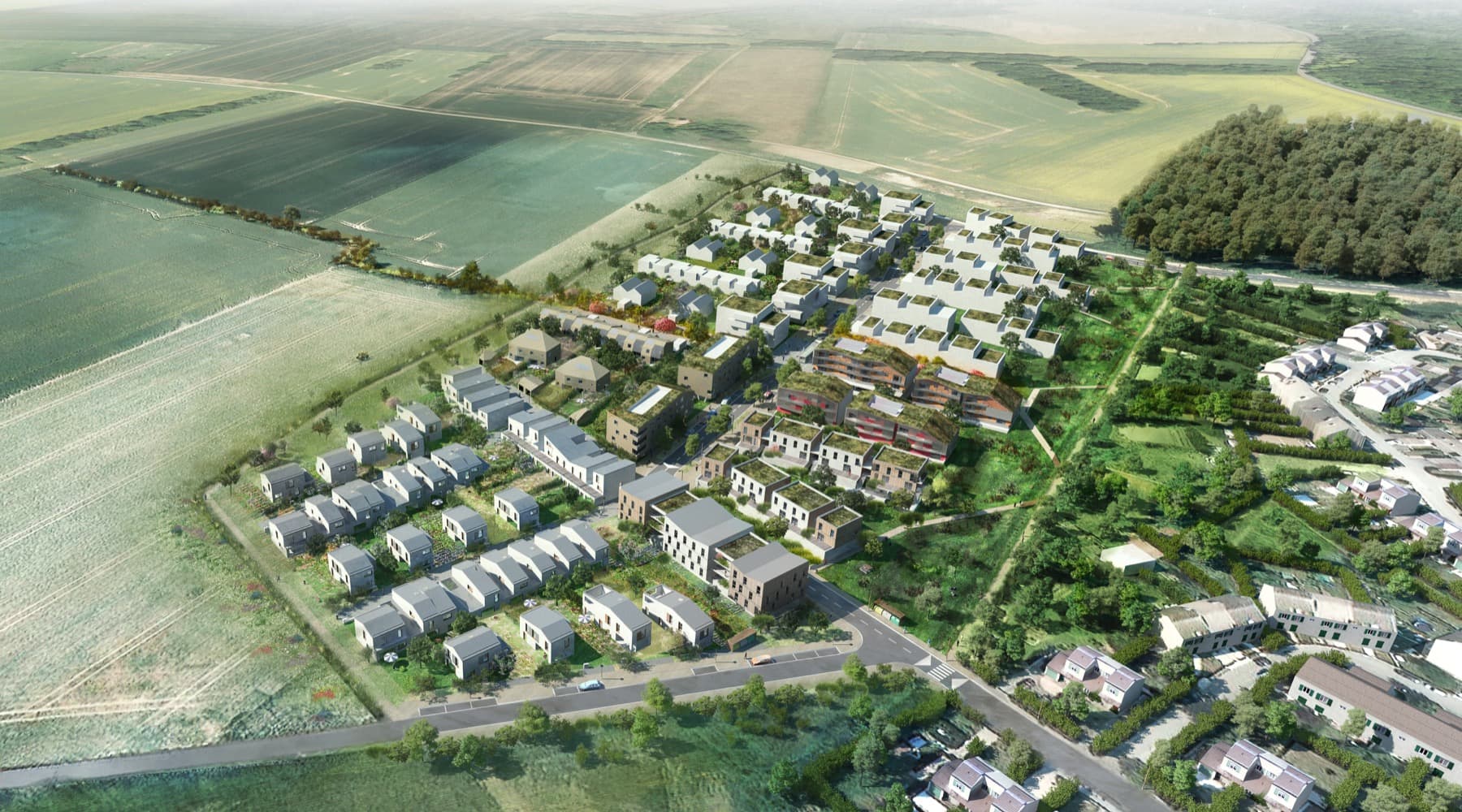 -The Talweg park supports the maintenance of a green corridor favouring the movement of species between the woodland of Hautil and the forest of Orient. It includes a sinuous stream which encourages biodiversity.

-The landscape interface on the south west fringe of the site involves the creation of a buffer zone between the buildings and the agricultural land.

-The extension of the agricultural hedgerow to the west of the centre creates a biodiverse relay area favourable for nesting birds.

-A second more invasive landscape grid assures the penetration of vegetation into the heart of the urban development, right up to the foot of the buildings. This second network is supported by a network of hedges (linked to the hedgerows) A system of ditches demarcates the parcel creating a screen of vegetation and planting at the foot of the buildings. 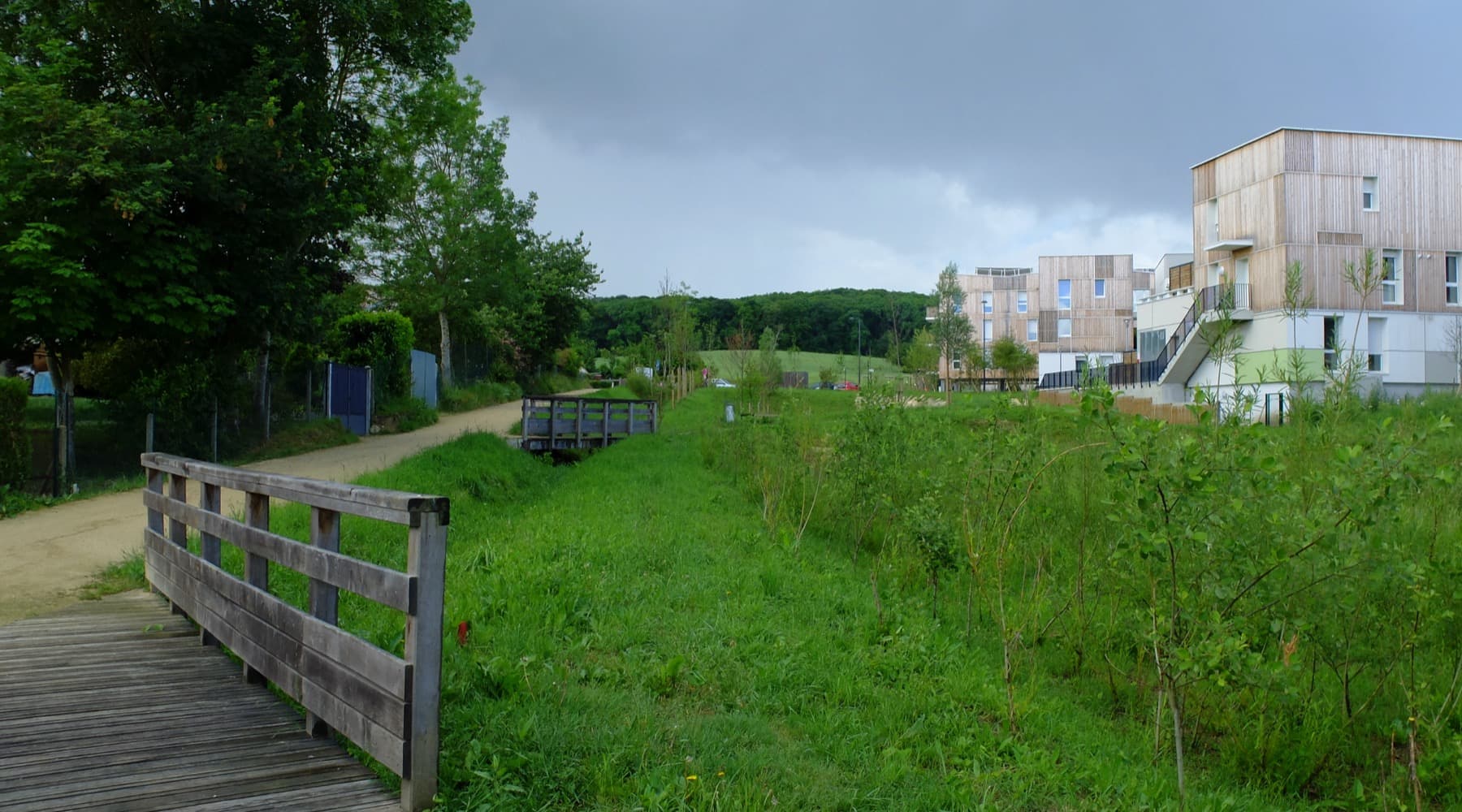 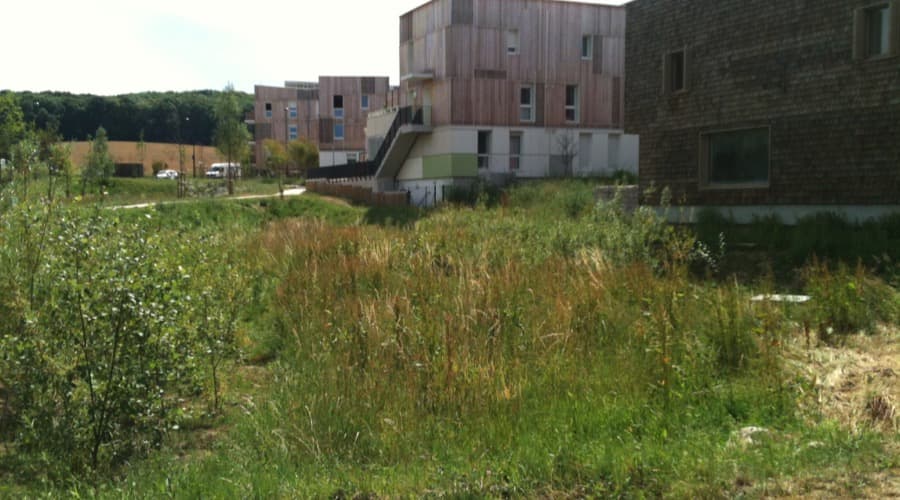 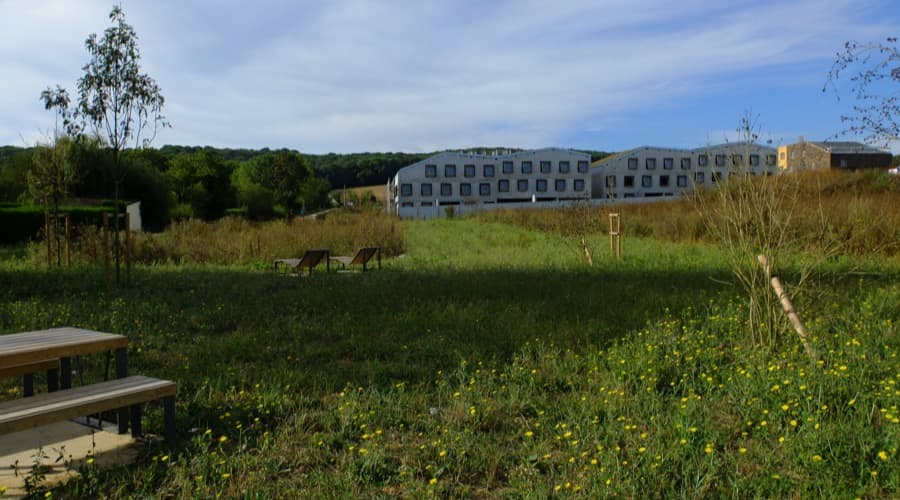