Francazal / Bachecame is a partially disused private aerodrome in the metropolis of Toulouse. 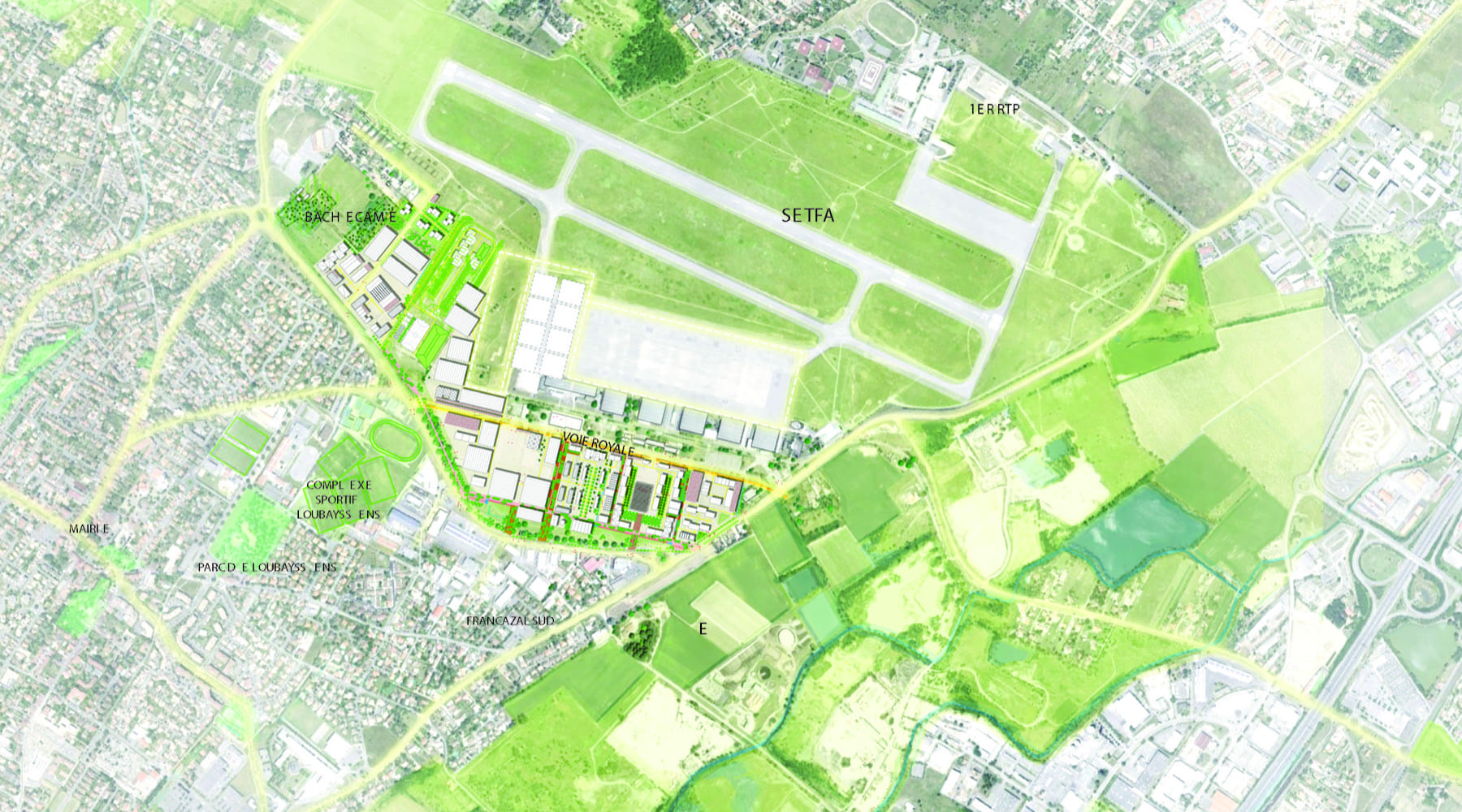 The study on the future of this formerly landlocked site led us to a masterplan which opens the site out onto the city, ensuring its role as a major economic player in the city.

The territory of Francazal is characterised by the coexistence of urban, natural and agricultural elements. Water organises the space, solidifying the pre-existing ecological links. As well as accommodating housing, this territory will be adapted to ​​aeronautical activities (drones, robotics, autonomous vehicles) but will also be a centre for leisure and other services.

The proposed grid of green spaces is developed longitudinally, following the north-east-south-west directions traced by the waterways, spreading and widening out around the lakes and wetlands. Noise regulations for aeronautical activity have helped to preserve some of the agricultural land that extends out to the west of Francazal.

The study recommends the establishment of 5 merging landscapes:

The result is a 11 hectare porous park organised around the former ammunition depots, orientated towards the south of Francazal. Public space, including the park, represents 40% of the building perimeter. 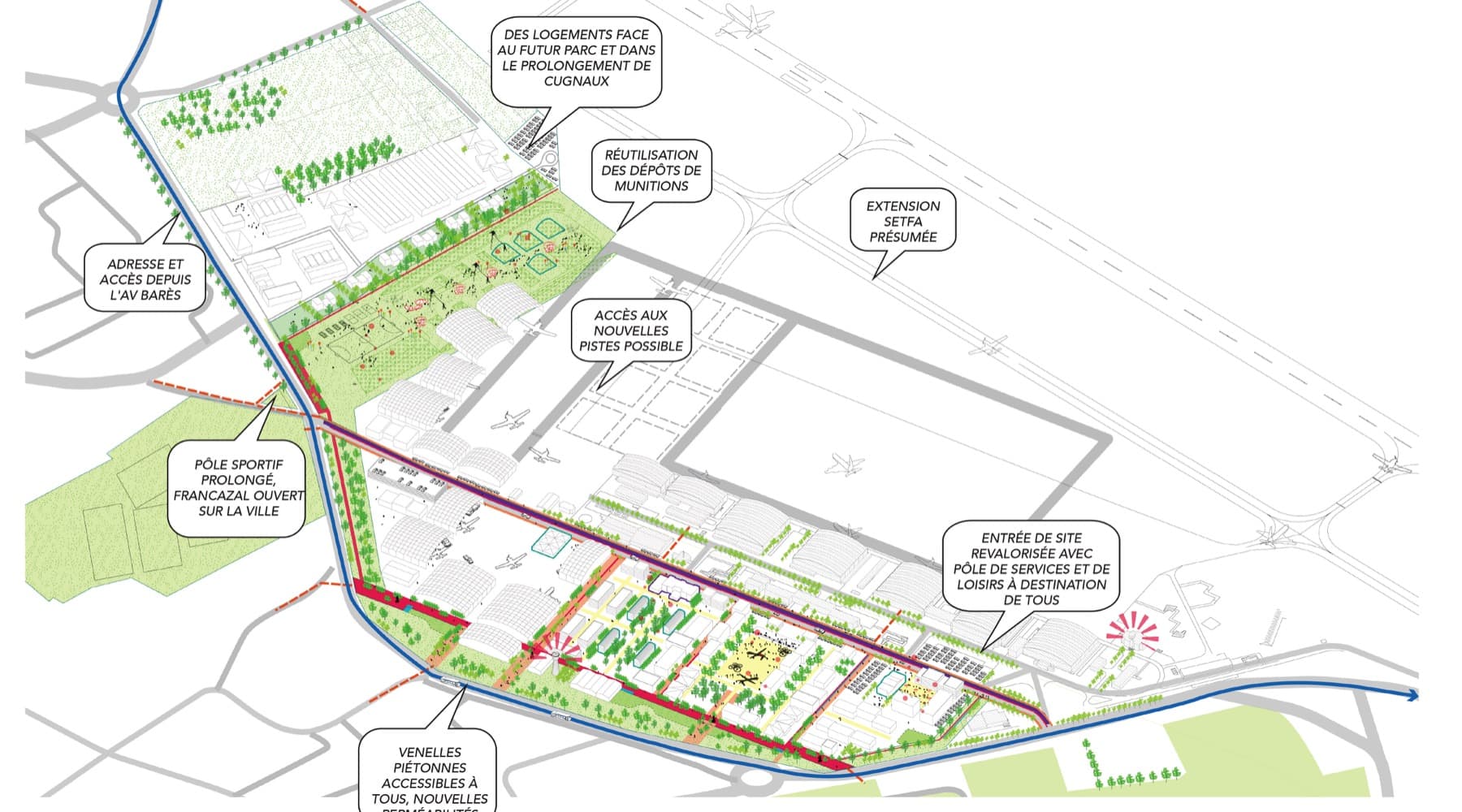 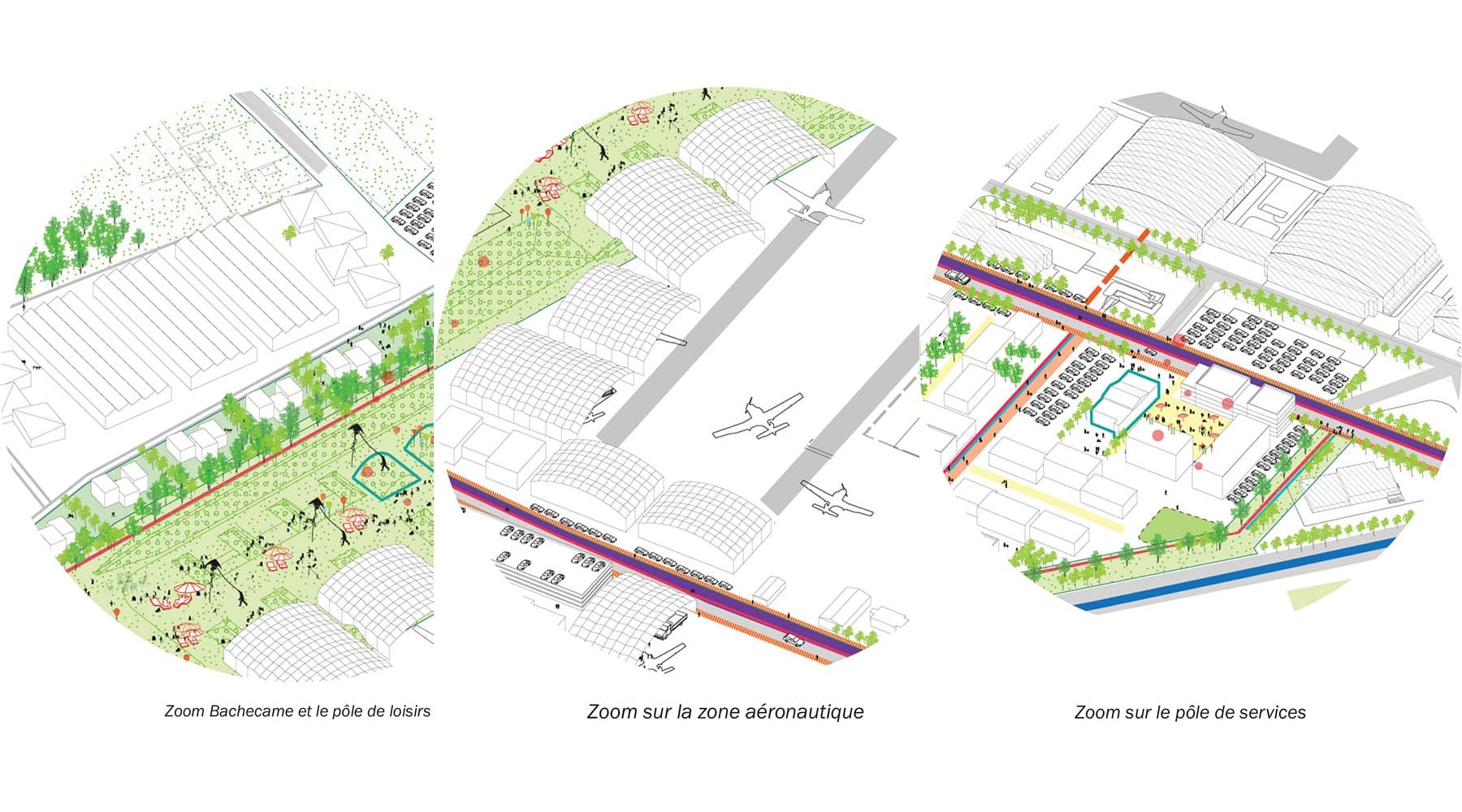 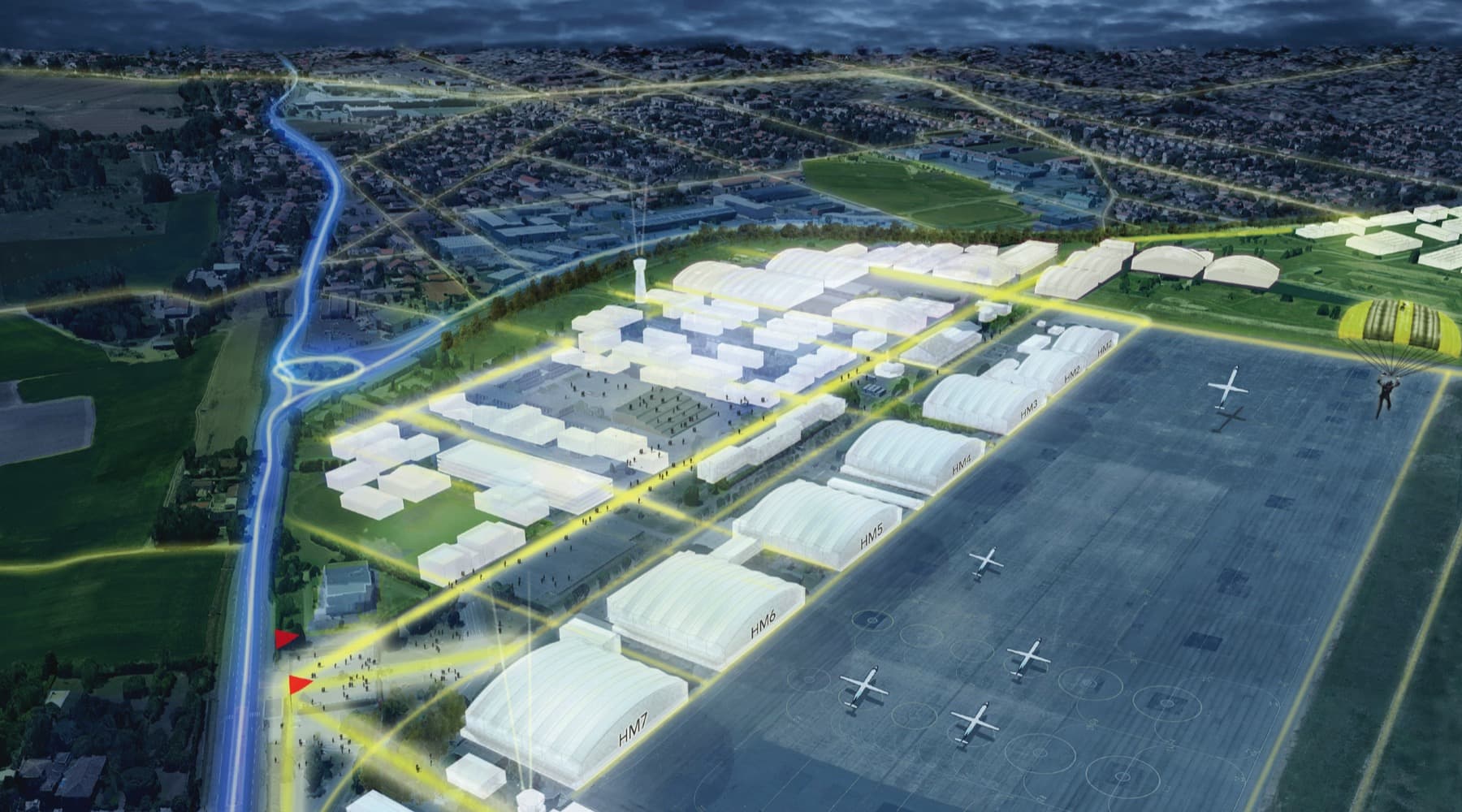