Reconciling the shoreline recession with accessibility and attractiveness of the resorts. 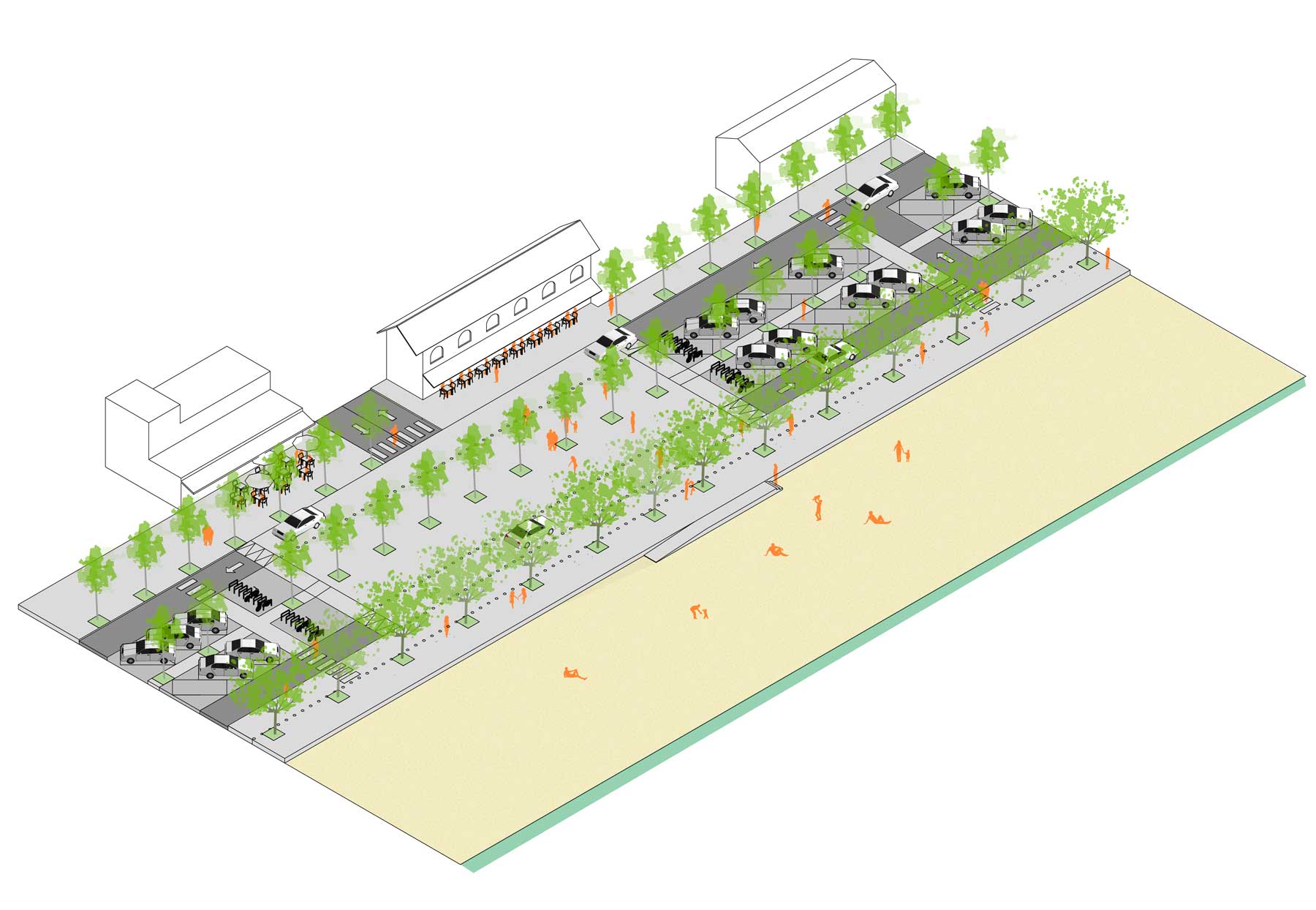 Product of the political vision of the MIACA, the oceanic and riparian resorts of the Médoc are part of a magnificent preserved landscape.

It is in this context that the Study for the reorganisation of the 13 Plans of the Beaches in the commune of the Lac Médocains was launched. Initially, after a complete diagnosis, surveys, questionnaires and counters were used in order to better understand the behaviour and movements of users. This was followed by a site reflection on two scales – the intercommunal scale and the sectorial scale. This allowed us to accommodate elements of attractiveness and key movements whilst still taking into account several factors; the evolution of the coast line, the preservation of habitats, flooding and fire risks, the reversibility of developments and research into improving the overall economical management of the sites.

To adapt to the effects of erosion and to preserve habitats 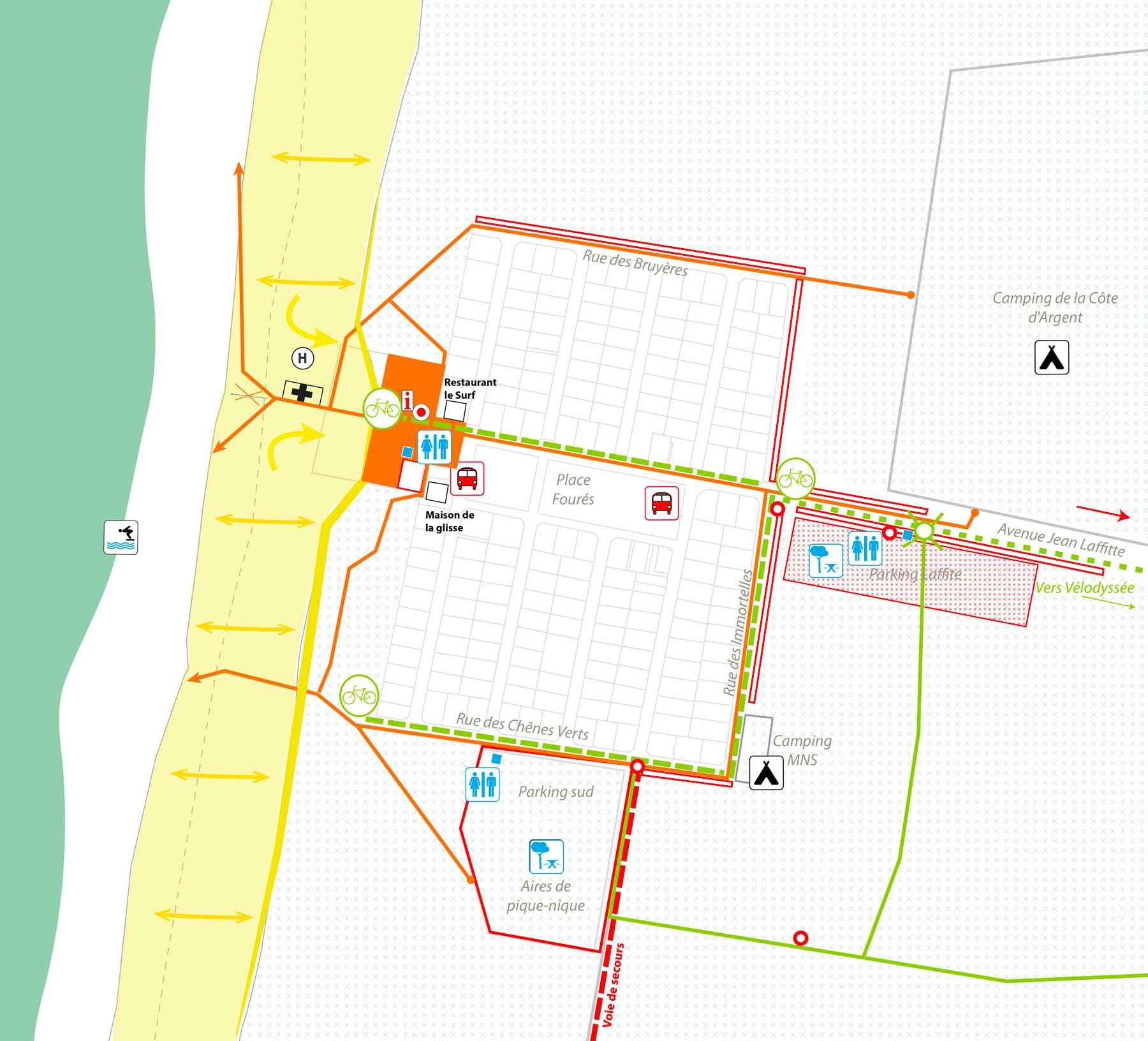