Pathways offer an opportunity to explore the coastline. Here each path is enveloped by vegetation. 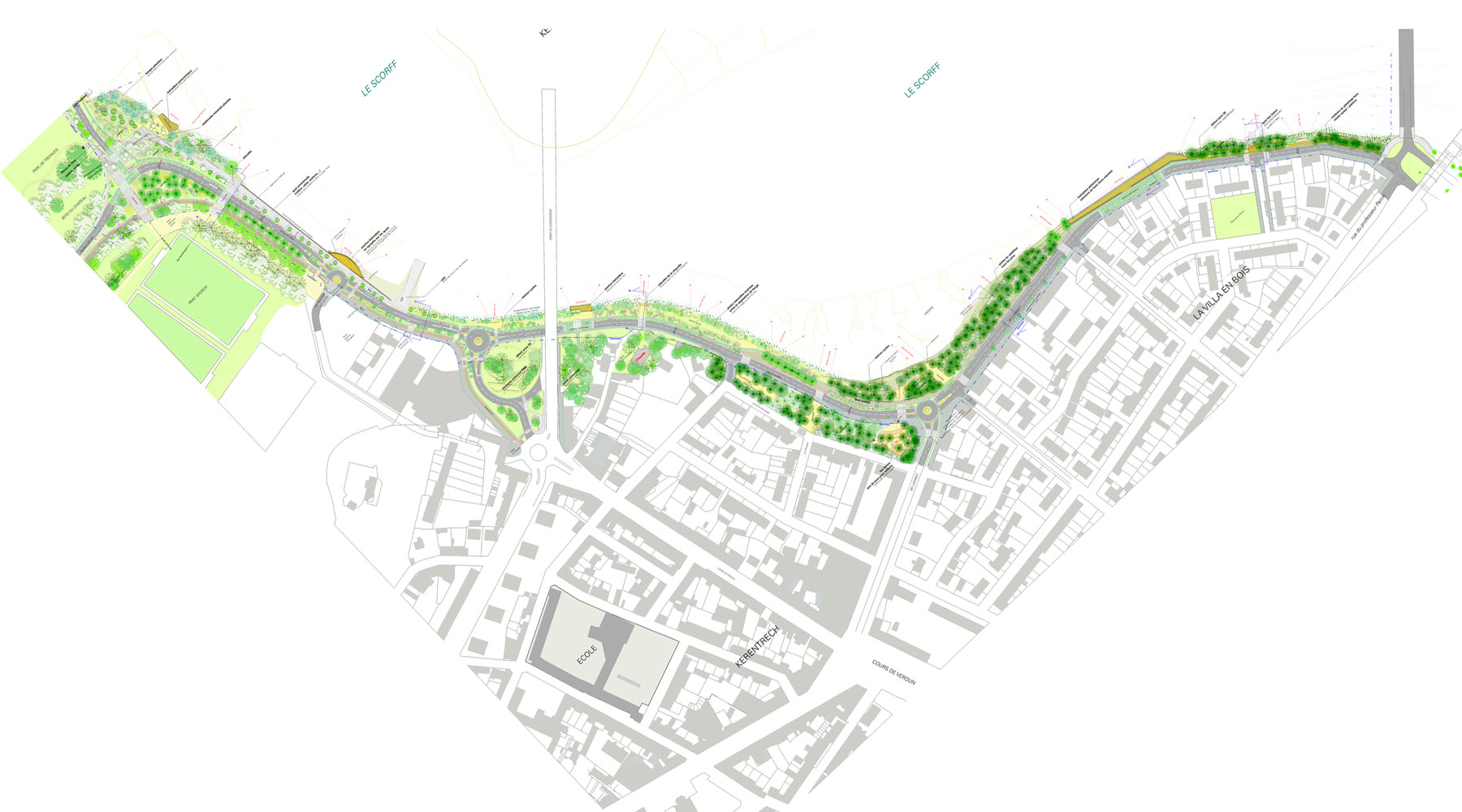 The new boulevard du Scorff is designed as a linear park: wild vegetation mixes within and around ergonomic and playful pathways.

The atmosphere of the boulevard is more natural than urban. In the coastal folds of the Scorff there are pine forests: these areas create half moon formations which bring a sense of contrast to the banks. Using this as the basis for the principal landscape framework, the project completes this system through intermittent planting of vegetation which dissipates from the town edge towards the banks.

The boulevard crosses through bilateral green pockets. Lines on the ground of the promenade help create a sense of rhythm along the pathway between belvederes, jetties by the water, playful or inhabited spaces. Sometimes the lines re-trace the coastal profile, staying in line with the banks, very close to the water, sometimes they move further in shore or divide, leaving room for more significant vegetation to infiltrate. The lines sometimes enlarge to generate spaces for pause or spread out in a fork over the promenade. The paths also brush past several points of friction creating real public spaces at the crossroads to the streets of the town toward Scorff and vice versa. 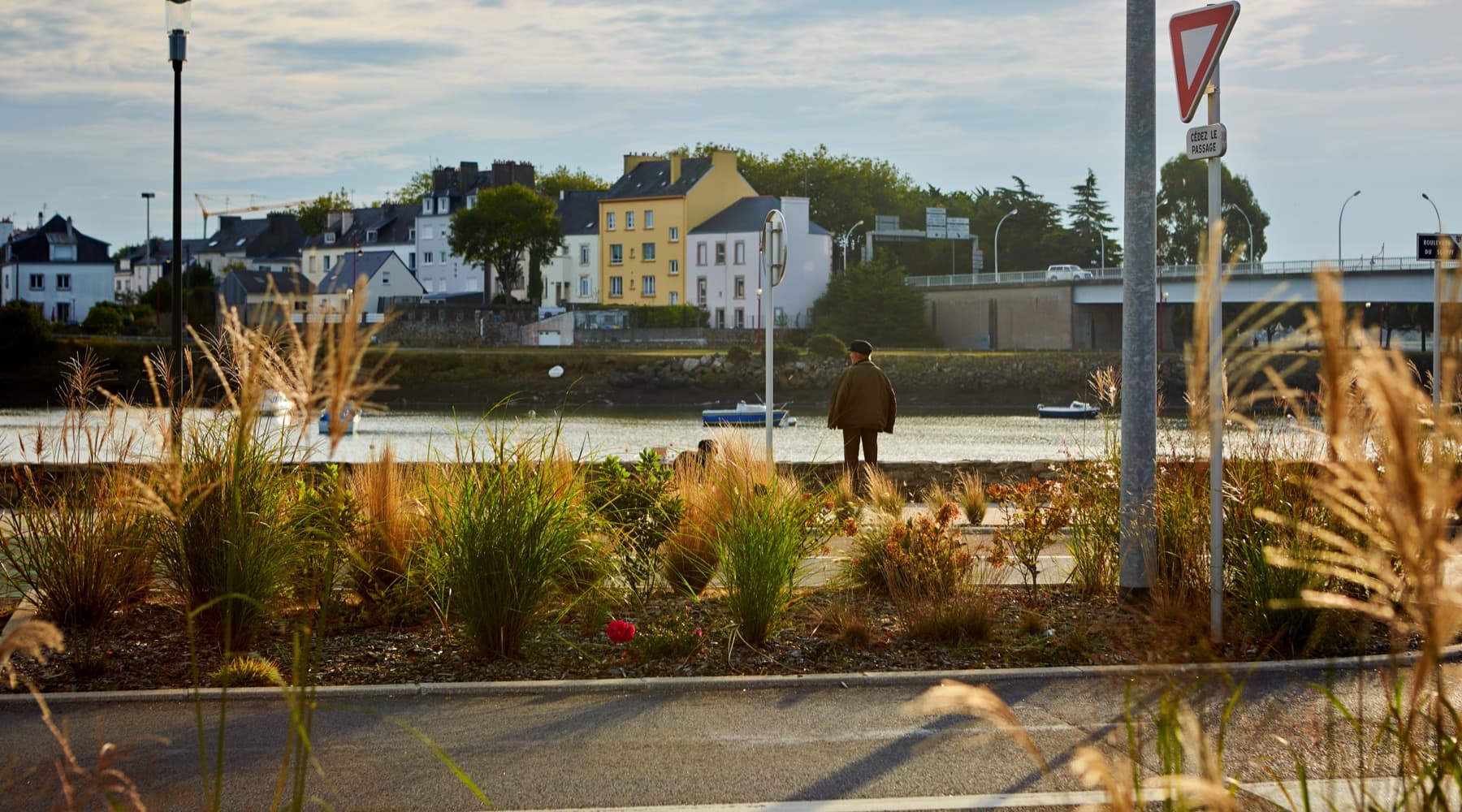 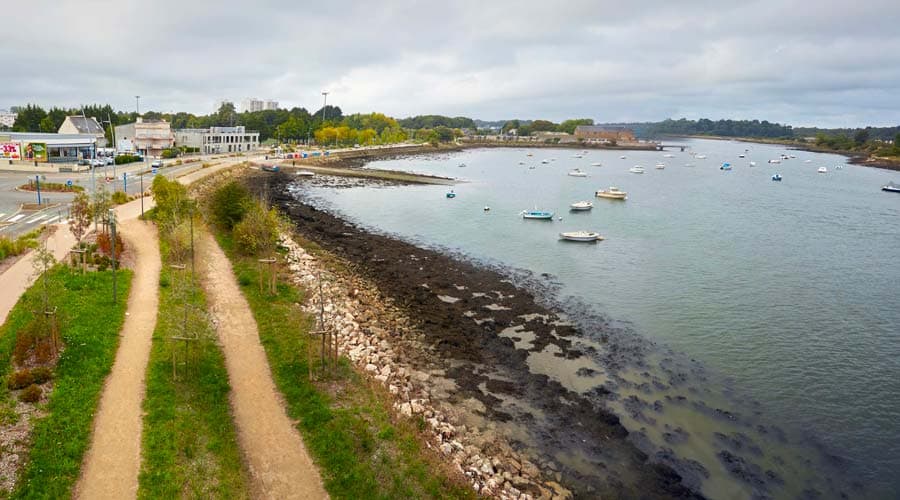 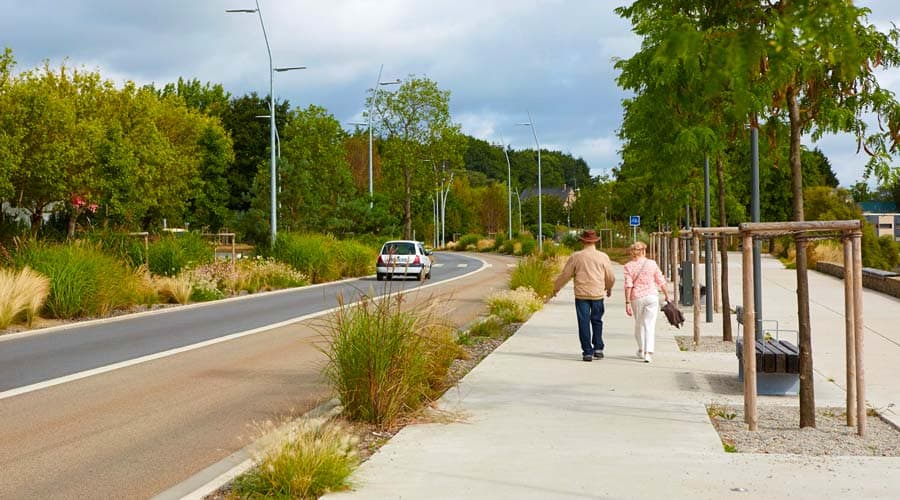 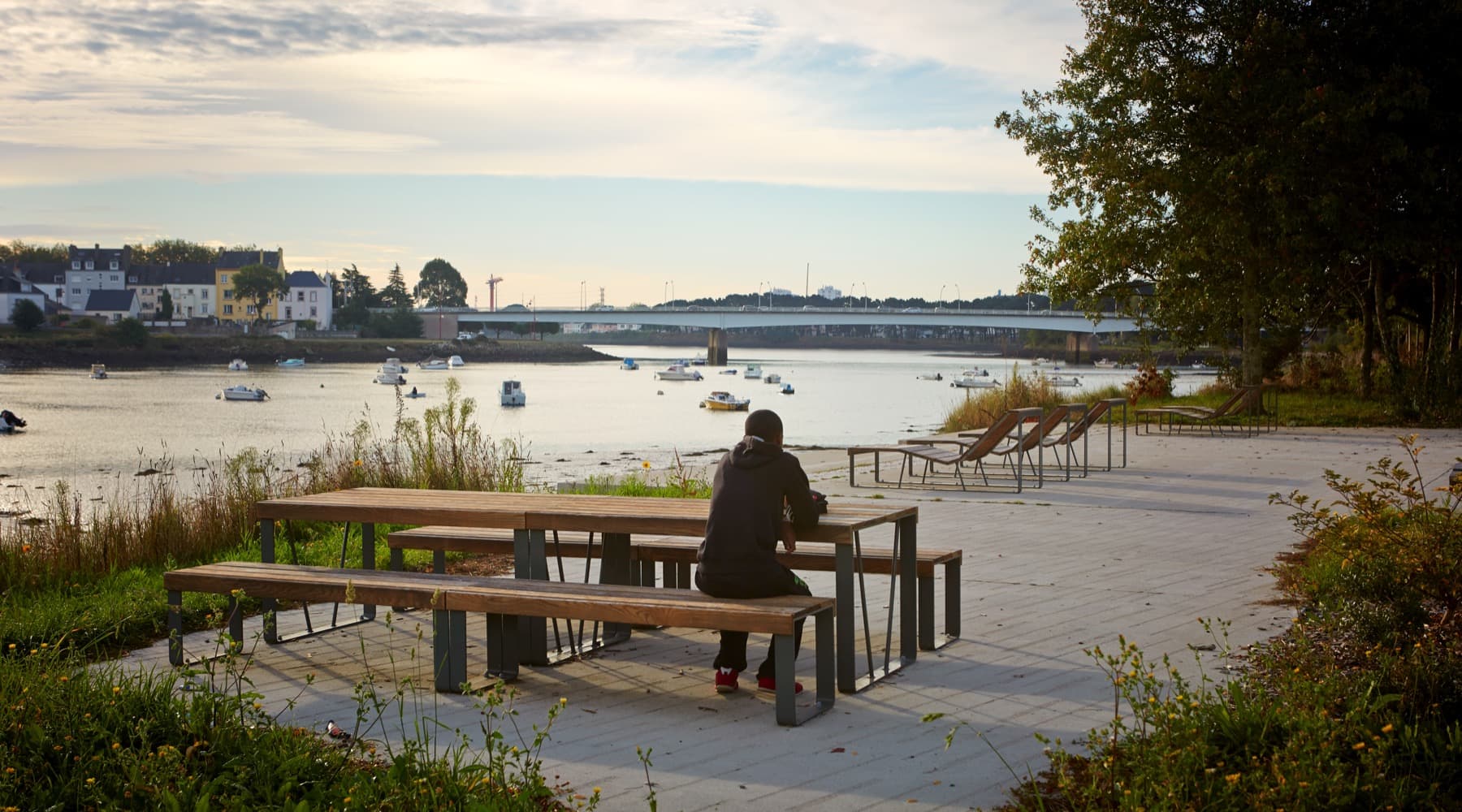 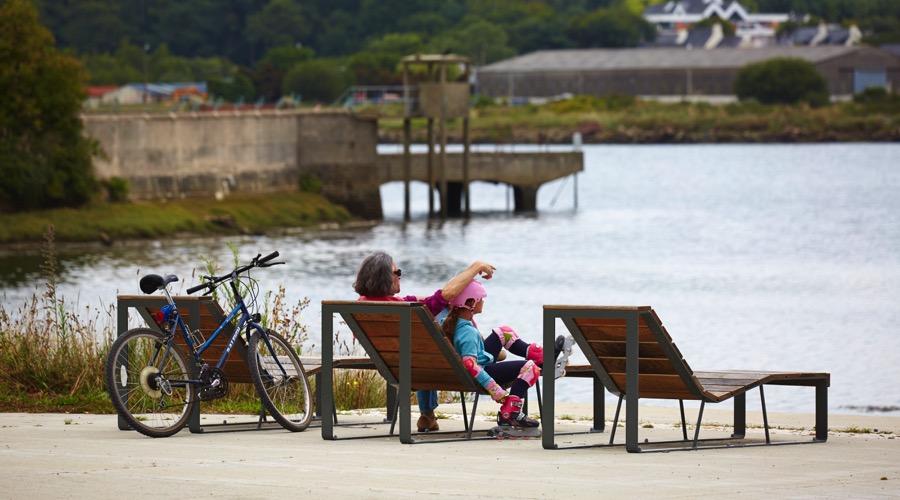 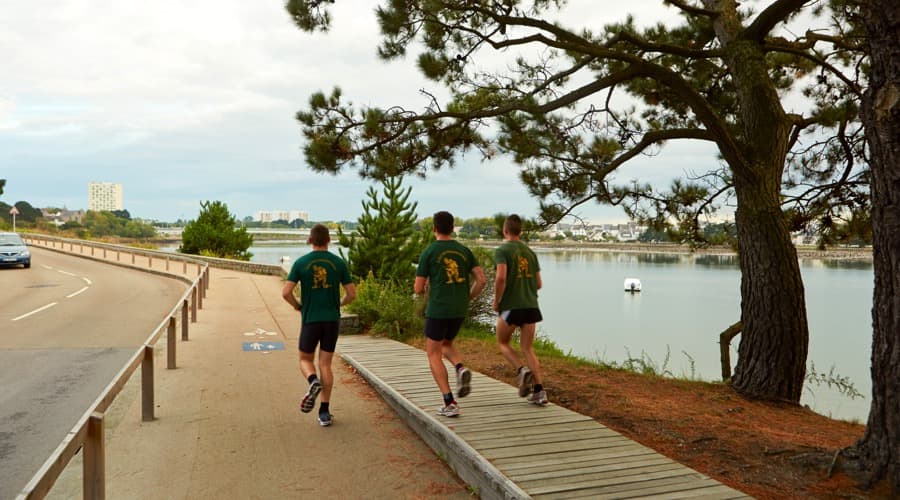 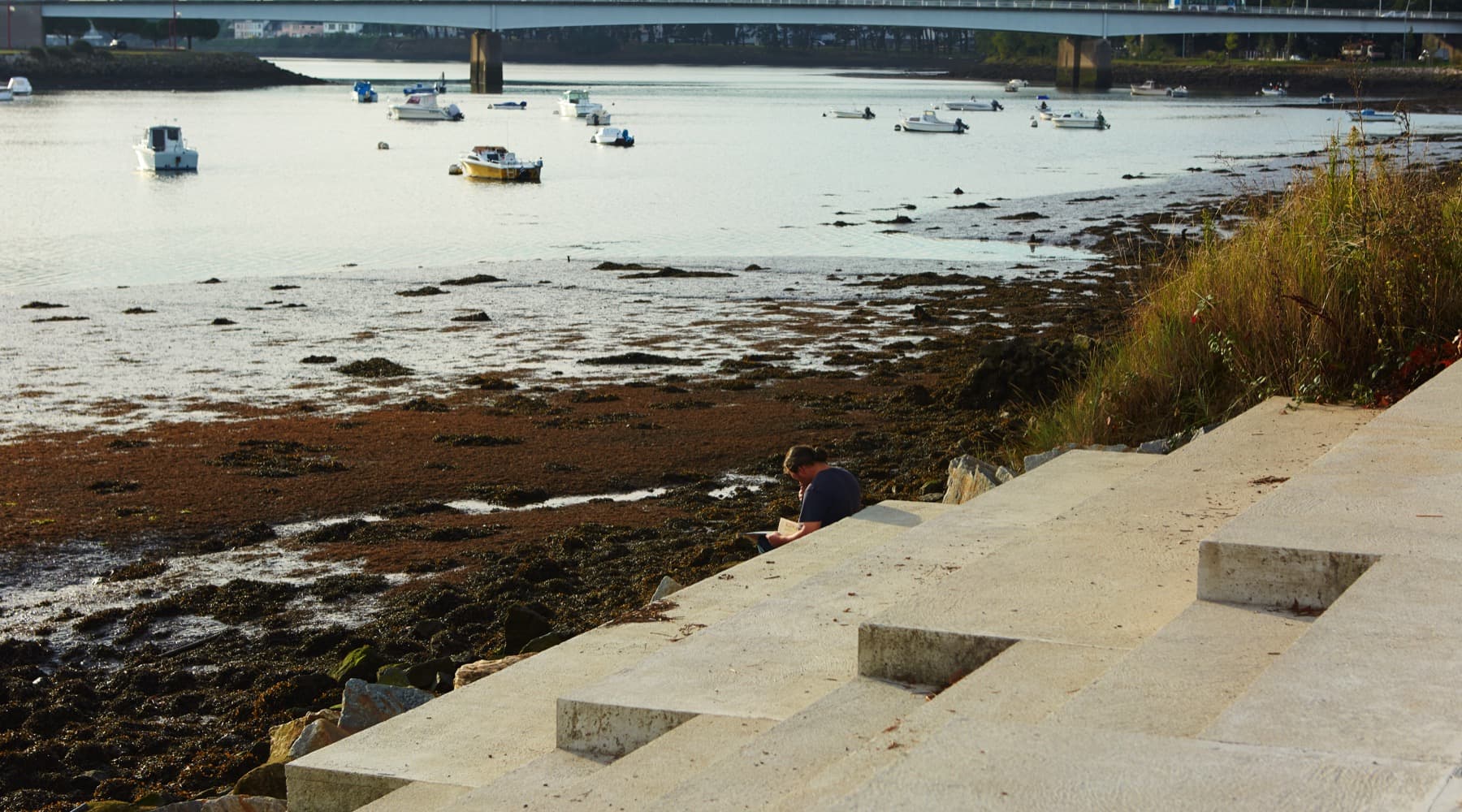 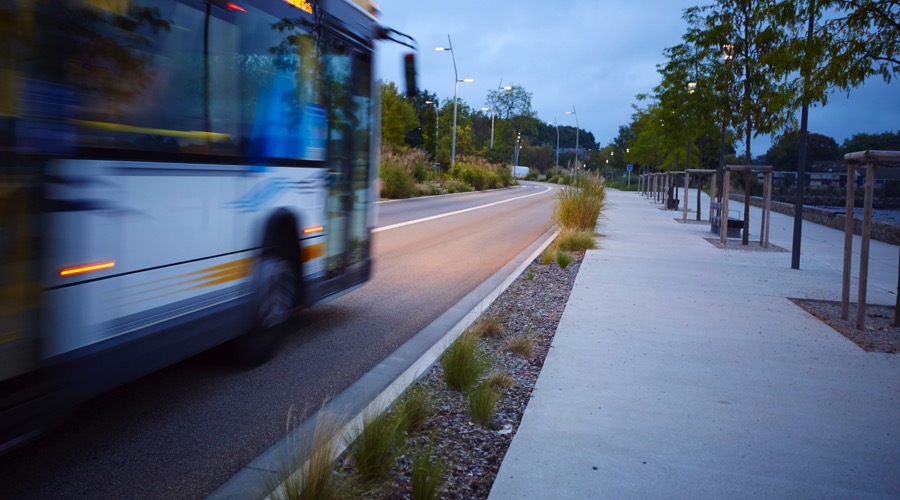 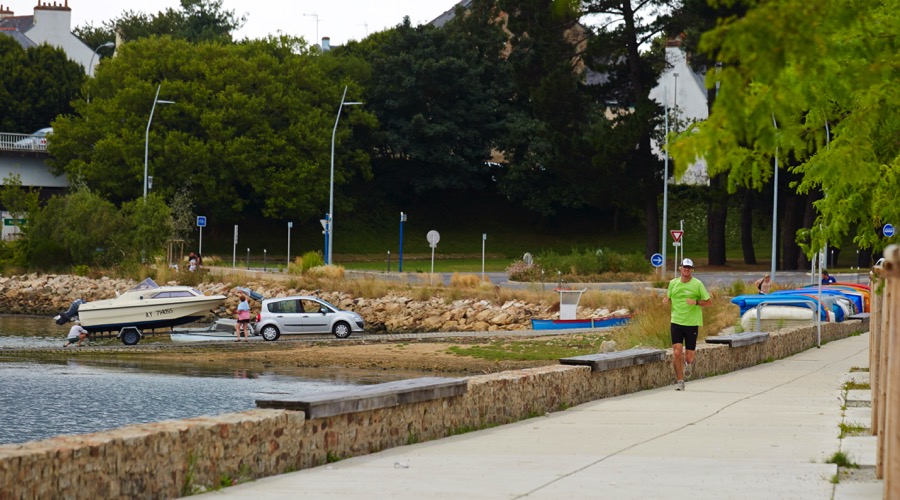 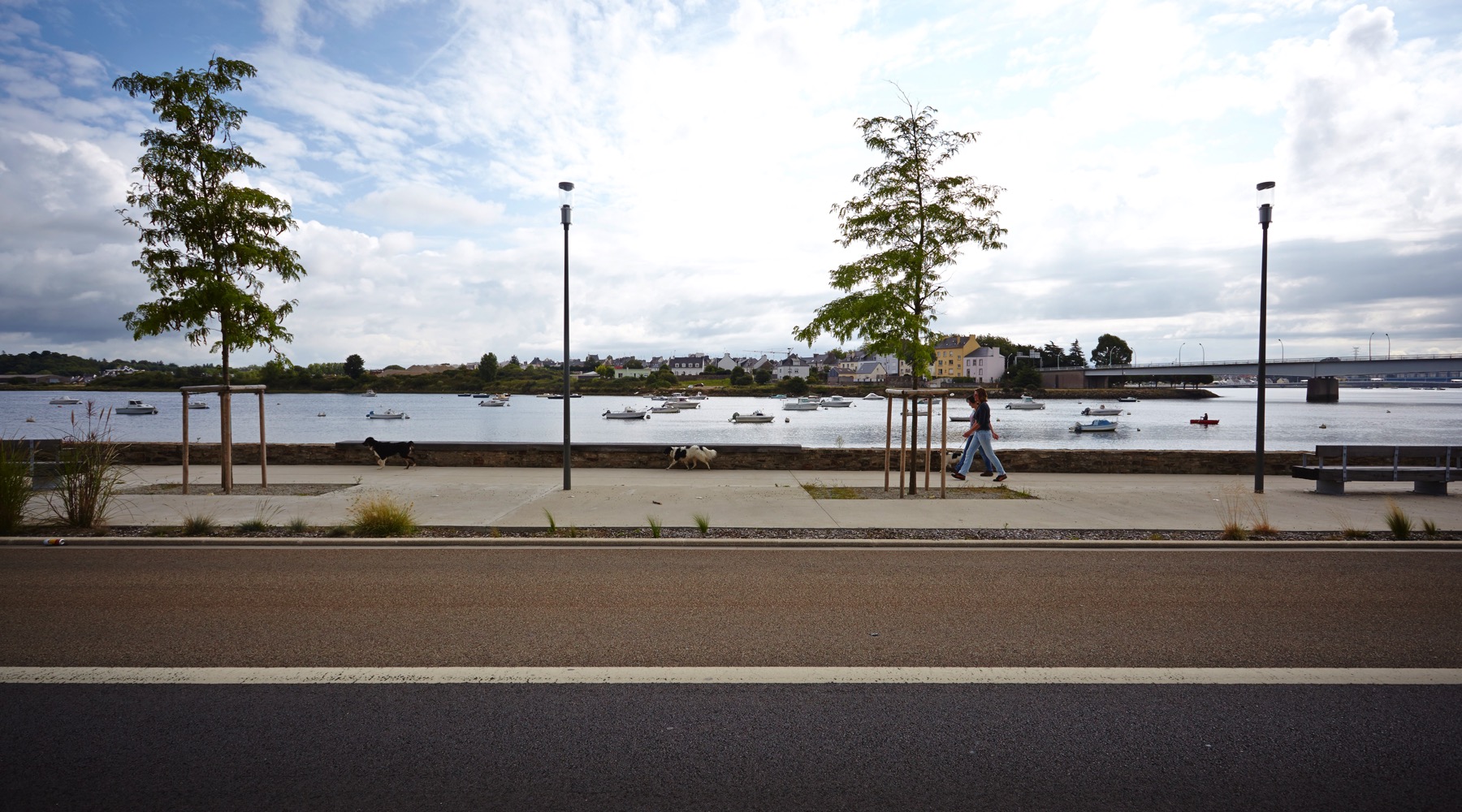 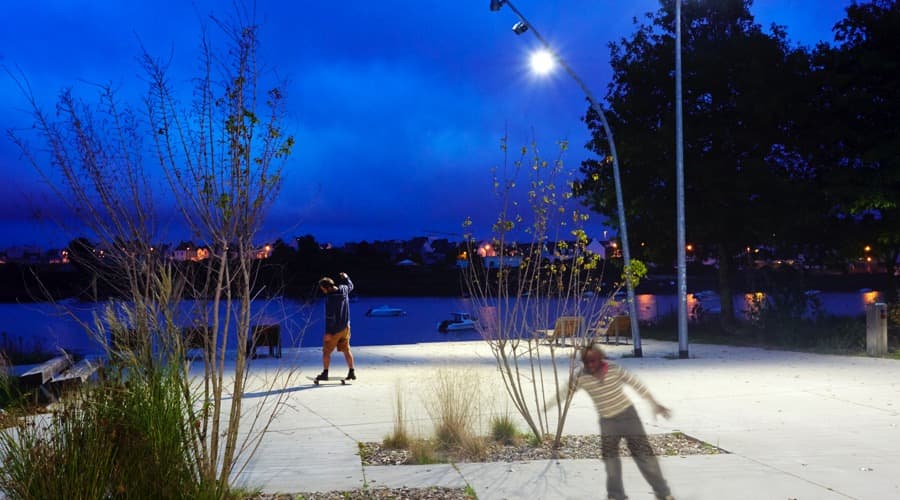 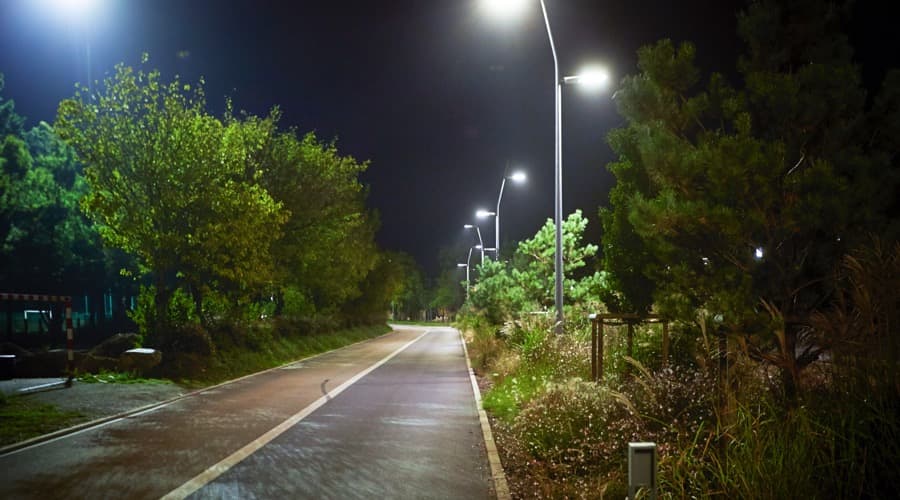 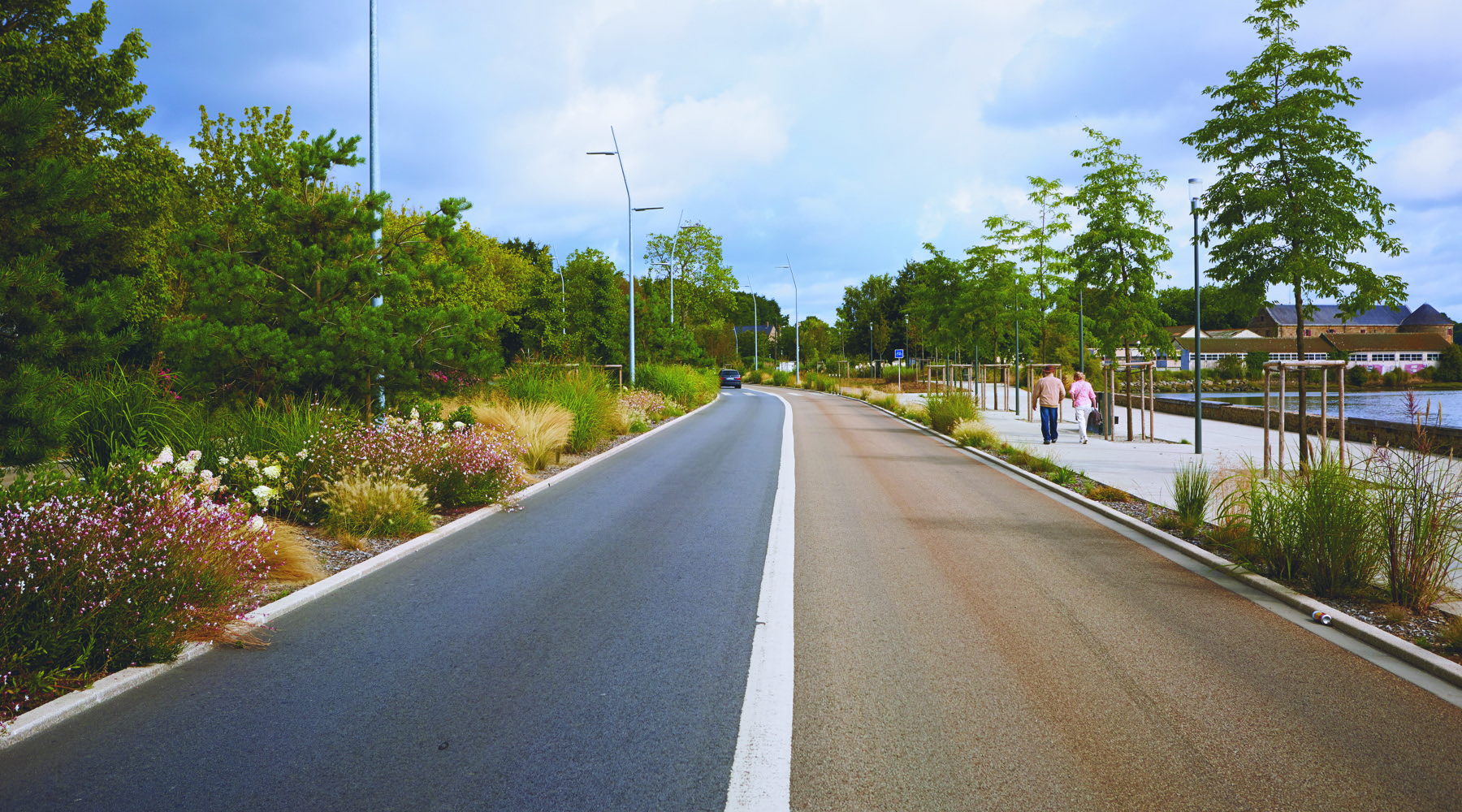 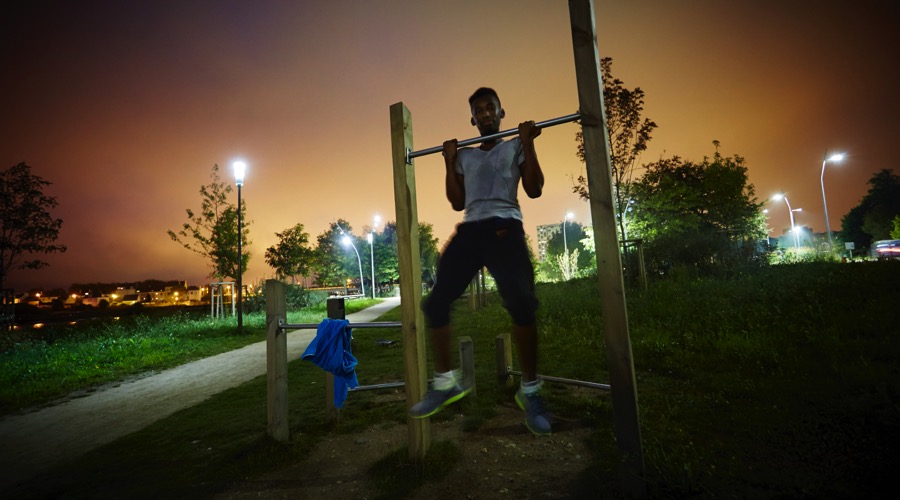 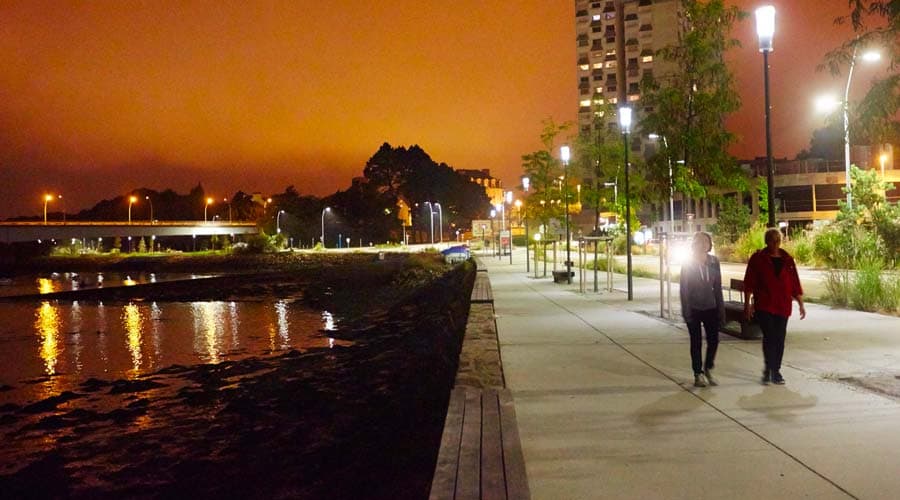